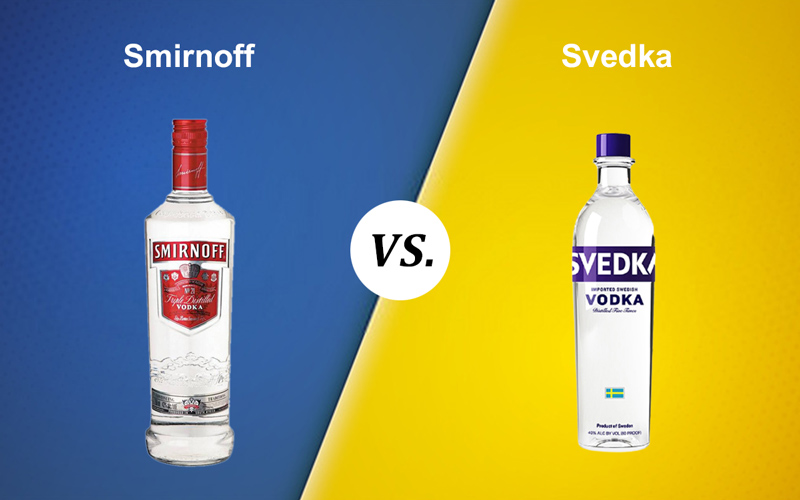 Vodka is a widely sought-after spirit worldwide due to its versatility and wide availability. Because it lacks color, taste, and odor, it’s often the go-to base for many cocktails, such as martinis, screwdrivers, and cosmopolitans.

Nowadays, numerous vodka brands are available, but two of the most popular are Smirnoff and Svedka. However, although they are both vodka, they’re hardly considered the same.

While they differ in many aspects, such as taste, price, and availability, their primary difference lies in the number of times they’re distilled. Smirnoff vodkas are only distilled three times, while Svedka vodkas are distilled five times.

Svedka vodkas are made from winter wheat, so distilling them more times allows the vodka to taste smoother and cleaner than other vodka brands. This also ensures that all impurities are removed from the spirit.

On the other hand, Smirnoff uses traditional grains and distillation methods for their vodkas, making them slightly stronger-tasting than Svedka vodkas.

With that said, this article will compare both brands and delve deeper into the differences between them.

Smirnoff vs. Svedka – Understanding the Differences 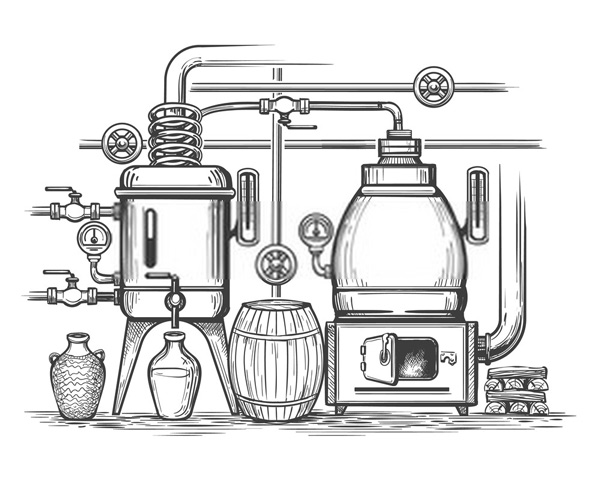 In general, vodkas undergo a rigorous distillation process to ensure their quality and purity before being sold on the market. Smirnoff and Svedka vodkas are no different; they are also distilled multiple times to ensure that consumers get the best possible spirit.

However, as mentioned, their primary difference lies in the number of times they’re distilled. Smirnoff undergoes the process only three times at most, while Svedka undergoes it five times.

This is because Smirnoff uses the traditional method of charcoal filtration, allowing it to dilute the taste and make it smoother to drink. Meanwhile, Svedka uses the “continuous distillation” method to produce their vodka.

This involves moving the ingredients continuously, distilling them up to five times to remove all impurities. 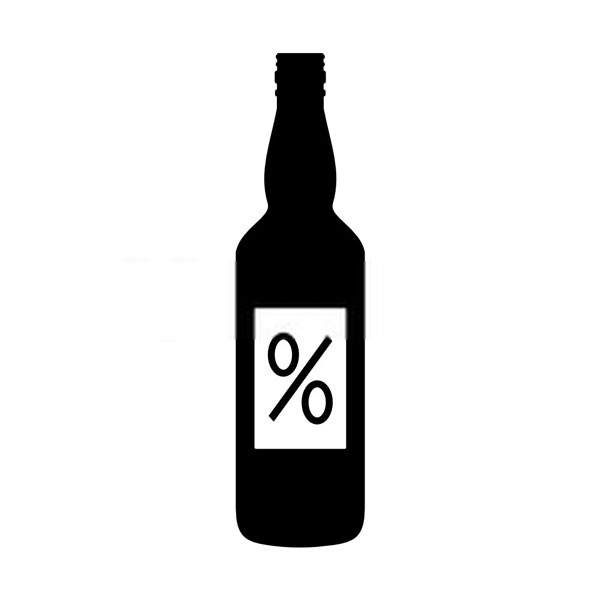 In terms of alcohol percentage, they share the same range for ABV (Alcohol by Volume). Both Svedka and Smirnoff have an alcohol content of around 35% to 50% ABV per bottle, although this would greatly depend on the size.

A bottle of Svedka or Smirnoff with a 35% ABV would have 70 alcohol proof, while a 50% ABV bottle would have 100 alcohol proof. Generally, both brands’ flavored variants tend to have a lower alcohol percentage compared to their unflavored counterparts. 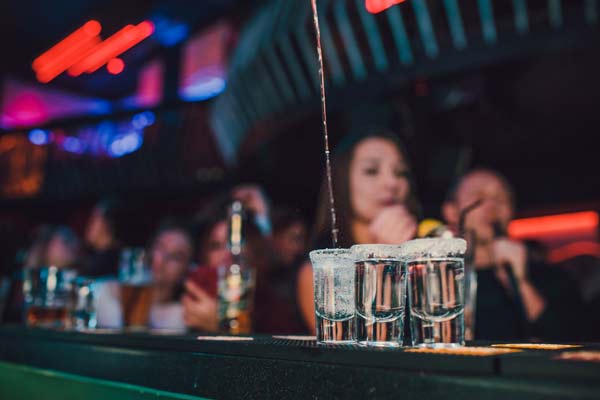 As mentioned, vodkas are known for their lack of a distinct taste, which is why they’re a popular addition to various cocktail drinks. However, there’s still a subtle difference when it comes to the brands Smirnoff and Svedka.

A bottle of plain Svedka vodka often tastes sweeter and smoother than a bottle of plain Smirnoff vodka. This is due to the difference in the number of distillation as well as Svedka’s use of spring water in their vodka.

However, this difference is only subtle, and both vodka brands offer numerous flavored variants to consumers. 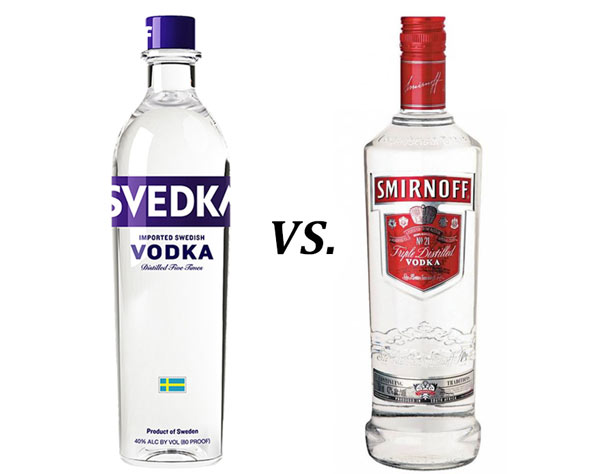 Both Svedka and Smirnoff are considered two of the most affordable and widely available vodka brands worldwide. However, Svedka generally has a lower price point than Smirnoff.

For example, a single 750 ml bottle of plain Svedka vodka costs around 8.99 USD to 12.99 USD. Meanwhile, a similarly sized bottle of plain Smirnoff vodka can cost approximately 10.98 USD to 14.99 USD.

Both bottles have an alcohol proof of 80, which means they contain around 40% ABV. On the other hand, flavored variants tend to cost around the same for both brands.

Other Differences – History, Ingredients, and Country of Origin

The two vodka brands differ in other aspects, too. For example, the brand Smirnoff originated from Moscow, Russia, dating back as far as 1864. Because of its long history, Smirnoff has enjoyed immense popularity throughout the years.

In fact, it’s considered one of the most popular vodka brands worldwide, selling millions of cases annually. On the other hand, Svedka is a relatively newer brand and was created in Sweden in 1998.

Nevertheless, Svedka has also enjoyed incredible popularity, mainly after it was imported into the US.  Aside from their origins and history, another primary difference between the two vodka brands is the ingredients used to make them.

Due to its rich historical background, Smirnoff uses traditional grains for its products, such as corn. On the other hand, Svedka is different because it uses winter wheat for its vodka, harvested from the Lidkoping farmlands in Sweden.

Although they differ in the ingredients they use, most of the products of these two brands are considered gluten-free. This makes them suitable options for those with gluten allergies or sensitivities.

Smirnoff vs. Svedka: Which Is Better?

When it comes to the question, Smirnoff vs. Svedka, which is better, the answer ultimately depends on your preference. Both vodka brands are considered two of the most affordable options available, and they come in numerous flavors and sizes.

While Smirnoff tends to cost slightly more than Svedka, they are pretty much in the same price range, so the price difference is negligible.

Moreover, although Svedka tends to have a sweeter and cleaner flavor profile than Smirnoff, they are considered smoother than the alternatives on the market. Because of this, you can’t really go wrong with either vodka brand, as both offer high-quality products at a budget-friendly price point.

Smirnoff and Svedka are two of the most popular vodka brands on the market these days. Although they are both vodkas, they also differ in various ways.

Their primary difference lies in the number of times they’re distilled, with Svedka vodkas distilled more than Smirnoff products. Other key differences are their production area, raw materials, among others.

Still, both brands are popular and budget-friendly, and they offer numerous variants that many would enjoy. Nonetheless, different people have varying preferences, so why not try them and see the difference yourself?