What is Grand Marnier?

Grand Marnier is a French liqueur that was first created in 1880. Its formula is a combination of cognac, distilled bitter orange essence, and sugar.

Rated to have 40% alcohol by volume, it can be consumed on its own or mixed into drinks and even desserts.

Since 2016, Grand Marnier has been owned by the Campari Group

What Makes Grand Marnier Stand Out?

The cognac used for preparing Grand Marnier liqueurs are aged in-house. In fact, the barrels used for aging the cognac are created using trees grown by the company itself.

The Cordon Rouge is the signature blend of the line. This is the traditional form of this liqueur, in existence for more than 100 years now.

Other products listed under the Grand Marnier line include the Raspberry Peach, Louis-Alexandre, Cuvee Du Centenaire, Cuvee 1880, and Cuvee Quintessence.

The prices for Grand Marnier products depend on the variant that you would be purchasing. It can cost you anywhere from less than $100 to almost $1000, depending on the variant and where you will purchase it.

Considered as the textbook formula of the Grand Marnier range, this is the most affordable version of their current line. It contains 51% cognac and 49% orange liqueur.

The Cordon Rouge has a reddish color that combines amber and topaz, with aroma characterized by cognac and candied zest, and a flavor where bitter orange dominates with a little hint of cognac. It is best consumed on the rocks or in combination with mixes.

Described as a next-level spirit that is infused with traditional Grand Marnier quality, the Raspberry Peach has that luxurious vibe that is boosted by a fruity flavor.

This liqueur features a combination of Grand Marnier’s signature cognac with European raspberries and rare red peaches harvested in France. This is best consumed on the rocks or in combination with mixes.

It is only available in one size: 750mL. The average price for one bottle of Raspberry Peach is at $40.

This formulation is created as a tribute to the founder of Grand Marnier, Louis-Alexandre Marnier Lapostolle. Created using VSOP cognac, it contains 82% cognac and 18% orange liqueur.

The Louis-Alexandre is characterized by its amber color, aroma characterized by candied peel with bergamot essence, and dominant flavors of cognac and citrus. This is best consumed neat or on the rocks.

It is only available in one size: 750ml. The average price for a bottle of Louis-Alexandre is $70.

It has an amber color that is tinged with copper, with an aroma described as similar to candied peel, and a flavor that’s a nice combination of aged cognac and orange. It is best consumed neat or on the rocks.

It is only available in one size: 750ml. The average price for a bottle of Cuvee Du Centinnaire is $180.

It is characterized by its copper color, strong cognac aroma, and intense cognac flavor with hints of fruit and vanilla. It is best consumed on its own at room temperature.

This is considered as the highest-level product of Grand Marnier, crafted using vintage cognac and reserves from their private cellar. With its mix of 82% cognac and 18% orange liqueur, it is Grand Marnier at its absolute finest.

It has a deep copper color, with a fruity and floral aroma, and a complex flavor that mixes cognac, orange, peach, and nuts. This product is best served at room temperature.

It is only available in one size: 750ml. The average price for a bottle of Cuvee Quintessence is $800.

The good news is that Grand Marnier is gluten-free, so this is a great option for those who are following a gluten-free diet.

As a review, the ingredients found in Grand Marnier include cognac, distilled bitter orange essence, and sugar. It is gluten-free on its own, but you need to be a little wary of other ingredients if you’ll drink it as part of a recipe.

Common Recipes: What to Mix with Grand Marnier 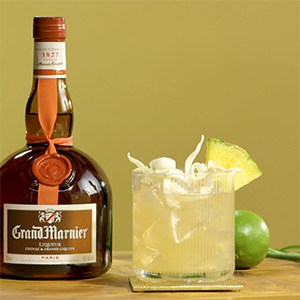 The Grand Margarita combines Grand Marnier with the usual margarita mix, resulting into a refreshing mix with a distinct punch. 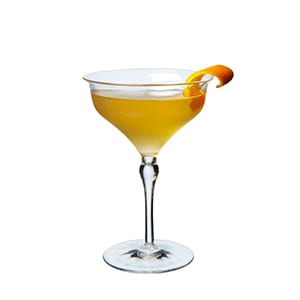 The Grand Marny is a deceptively simple, 2-ingredient mix. The mix of Grand Marnier and London dry gin is surprisingly effective and distinct. 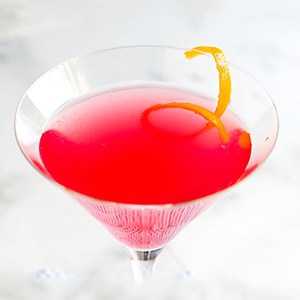 This classic cocktail can be made even more special by adding Grand Marnier into the mix.