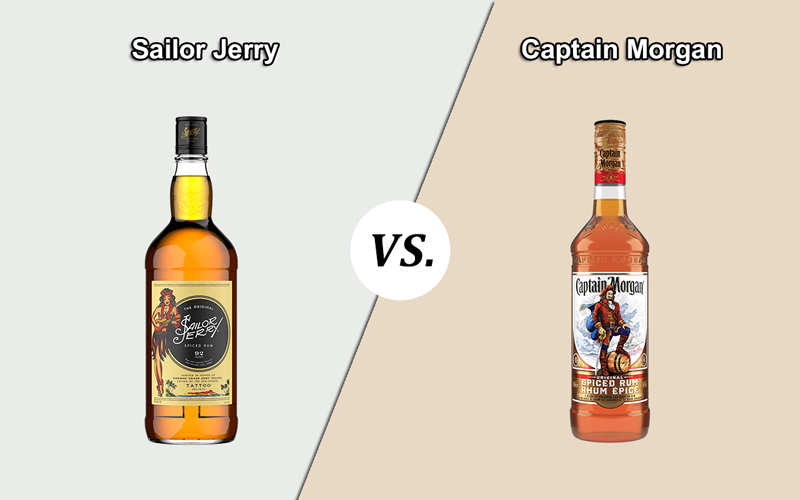 Between Sailor Jerry and Captain Morgan, which is the better-spiced rum, and what sets them apart from the other?

For starters, the Captain Morgan Spiced rum has an early kick to the palate followed by a sweet taste of caramel and vanilla. With just the right amount of spice, its flavor lingers around the throat for a while, leaving the drinker satisfied.

On the other hand, Sailor Jerry is less sweet and is far spicier compared to Captain Morgan. Its taste is characterized by strong kicks of bold cloves and cinnamon that dissipates faster, making you want more.

To identify which is best suited to your taste, below are in-depth analyses of their differences.

Quick Navigation
How Are They Made?
What Are They Made of?
Alcohol Percentage
Color
Taste
Flavor
Price
Which Is The Better Choice: Sailor Jerry or Captain Morgan?
Final Verdict

How Are They Made?

Sailor Jerry is one of the best dark rums bottled at 92 proof and manufactured the ‘old-school’ way, which is by subscribing to an expert blend of spices in high-proof rum to ensure perfect balance. It originated in New Jersey, United States.

Captain Morgan Spiced Rum is distilled via continuous still. Afterward, it is then aged in oak barrels for a year or more before adding the spices and flavors. The aging process is responsible for its golden color.

What Are They Made of?

Captain Morgan is a blend of various Caribbean rums, vanilla, and caramel which makes it sweeter than the other. Sailor Jerry is made out of carefully chosen spices, cinnamon, and a hint of vanilla.

A clear and gold color characterizes both Sailor Jerry and Captain Morgan’s rums without sediments of the sort. 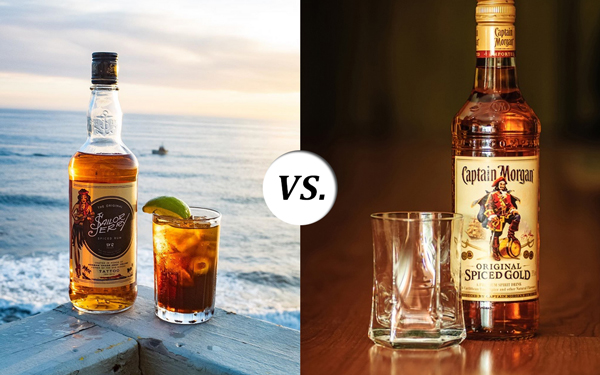 Captain Morgan has the classic and distinct rum cocktail flavor and finishes. In contrast, Sailor Jerry has a perfectly balanced flavor of oak and vanilla followed by hints of cloves, cinnamon, and other spices. 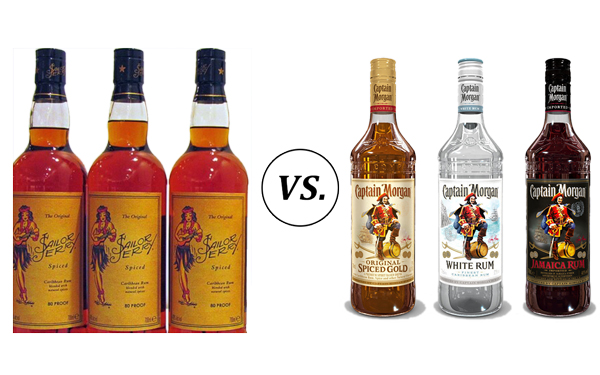 Which Is The Better Choice: Sailor Jerry or Captain Morgan? 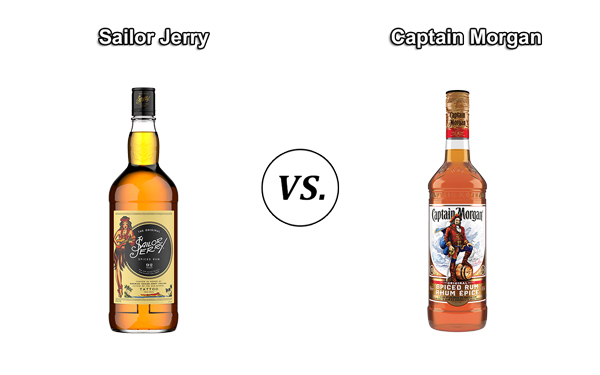 There is no way to give a definite answer on which is better than the other as both brands have their own uniqueness and charm that sets them apart from the other.

Below is a breakdown of their characteristics.

Both rums have their own distinct taste and characteristics that live up to their fame and name and are both worth trying. However, the choice on which is better would depend on the drinker’s preference and taste.

So if you want to know which is better for you, then it would be best to explore, and perhaps you’ll find the one you’re looking for.