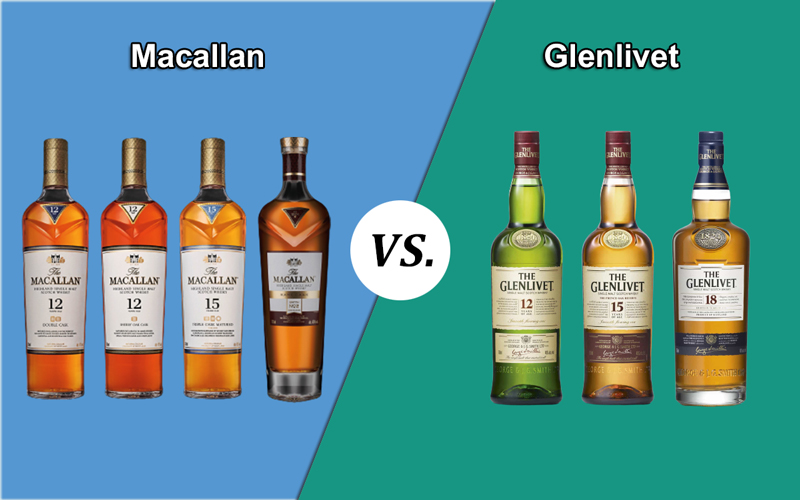 When it comes to Scotch whisky, Speyside is undoubtedly the region to go to. It’s home to some of the world’s most established distilleries, including those of the two famous Scotch whisky brands – Glenlivet and Macallan.

Although both are well-known Scotch brands, they’re hardly the same. For one, the difference in taste between the two is like night and day. Glenlivet products possess a softer and lighter taste than Macallan, which is described as having a stronger and richer flavor than the former.

Additionally, Glenlivet features more fruity and floral notes than Macallan, described as having a nuttier and spicier flavor profile. This is because Macallan prefers to use almonds, hazelnuts, and dried fruits compared to Glenlivet’s preference for fresh flowers and fruits.

While most of their products are in a similar price range, Glenlivet whisky may be a bit less expensive than Macallan. They have other differences, such as the type of casks used to age the spirit, alcohol percentage, and more.

Macallan vs. Glenlivet – Understanding the Differences 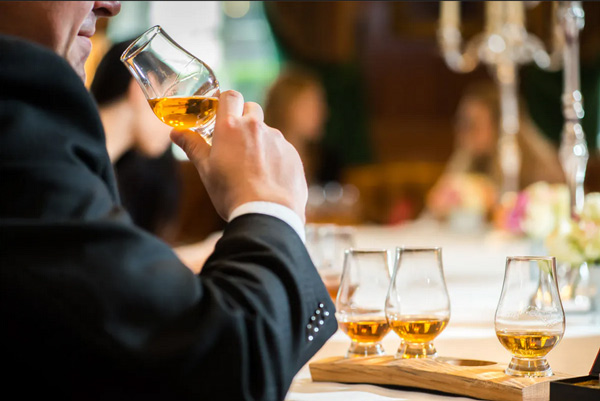 As mentioned, Macallan tends to have a richer and stronger taste than Glenlivet, which is described as something softer and lighter.

Although both spirits use malted barley as the primary ingredient, Macallan has a more caramel and vanilla flavor, with nuttier notes, especially with bottles that have been aged longer.

Macallan products are also aged in sherry and Spanish oak casks, which gives them their distinct spicy flavor.

On the other hand, Glenlivet features a light and soft flavor profile, as it primarily uses fresh fruits and flowers for its added ingredients. This makes Glenlivet whiskies more refreshing and lighter than Macallan whiskies.

Another factor contributing to this is that Glenlivet whiskies are aged in white American oak casks, allowing them to retain that light and gentle flavor. 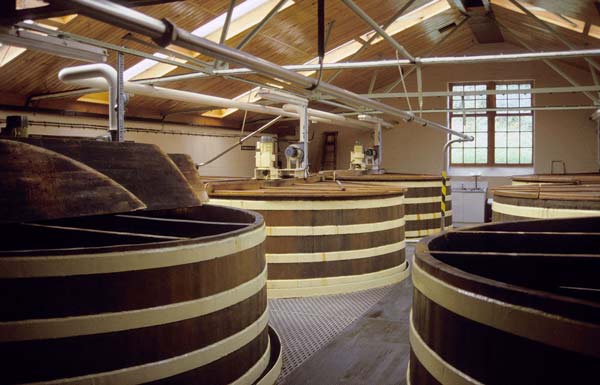 Macallan’s distillation process is slightly different from Glenlivet’s as they use only around 16% of the produced alcohol and have a shorter cut time. They also use the smallest possible stills to allow the distillate to interact more with the copper.

In fact, this may be the reason for their whisky’s bold and rich flavors, as opposed to Glenlivet’s lighter and smoother whiskies.

On the other hand, Glenlivet focuses more on the purity of their distillates, opting to use lantern-shaped stills for the highest amount of purity. 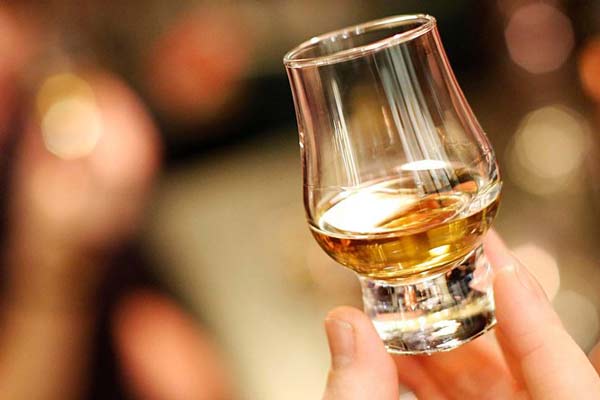 In terms of alcohol content, Macallan tends to have a higher amount of alcohol by volume (ABV) than Glenlivet whiskies. However, the gap isn’t really that wide. 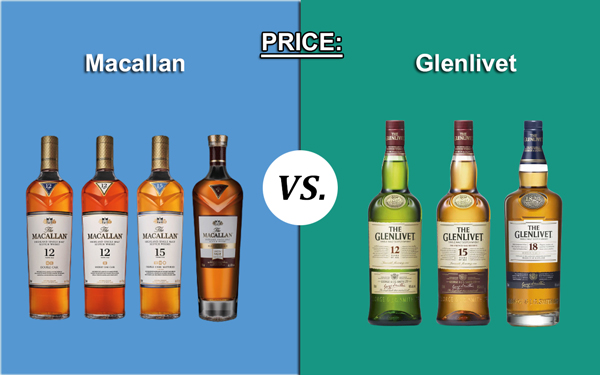 Products from both Scotch brands tend to be around the same price range, although this significantly differs the more extended a spirit is aged. Despite similar price ranges, Glenlivet tends to have slightly lower prices than Macallan’s products.

Additionally, for Macallan Scotch whiskies that have been aged more than 12 years, you can usually buy them from around 80 USD to 300 USD. This can cost even more the longer the whisky is aged. Older Glenlivet Scotch whiskies tend to go around for the same price, albeit slightly lower than Macallan products.

Macallan vs. Glenlivet: Which Is Better? 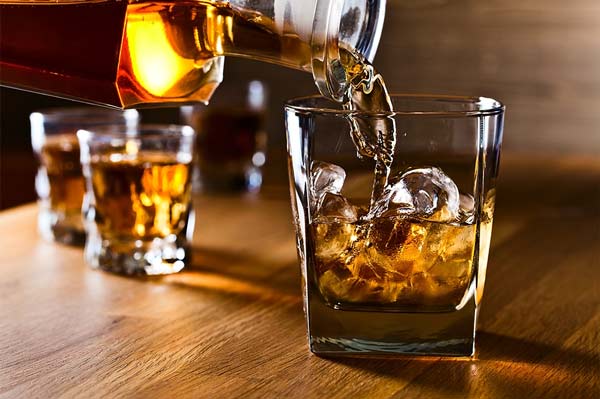 When it comes to Macallan vs. Glenlivet, which is better, there really is no right or wrong answer. Although both whiskies come from the same region in Scotland – and are somewhat rivals, their differences tend to be too evident, especially in terms of taste.

If you’re looking for a Scotch that’s lighter and more refreshing, Glenlivet may be a perfect choice. On the other hand, if you want something that tastes richer and has a more robust flavor profile, Macallan is your best bet.

Moreover, they tend to be around the same price range, with Glenlivet costing slightly lower than Macallan products, although not by much. Macallan also tends to have a higher alcohol content than Glenlivet, so that’s another factor to consider.

Speyside is Scotland’s dedicated region for Scotch whisky distilleries, and it’s home to two of their most famous brands – Macallan and Glenlivet.

While both come from the same region, they are very distinct from each other, especially in terms of taste. They also differ slightly in price, alcohol percentage, and even the distillation process.

Both brands are excellent choices if you’re looking for top-notch Scotch whiskies, but the only way to truly appreciate their differences is to try them out.