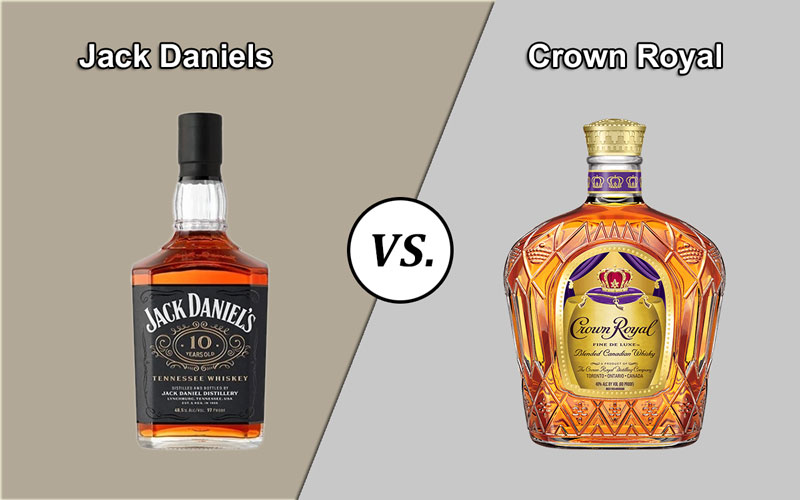 Jack Daniel’s and Crown Royal are well-known whiskey brands. It’s easy to think that they are the same, but they are quite different from each other.

These are both made with the same ingredients. However, they differ in terms of proportions. Jack Daniel’s uses more corn while Crown royal contains more rye in it.

They also slightly differ in price. But not by a large margin.

Jack Daniel’s vs. Crown Royal: Which is the Best? 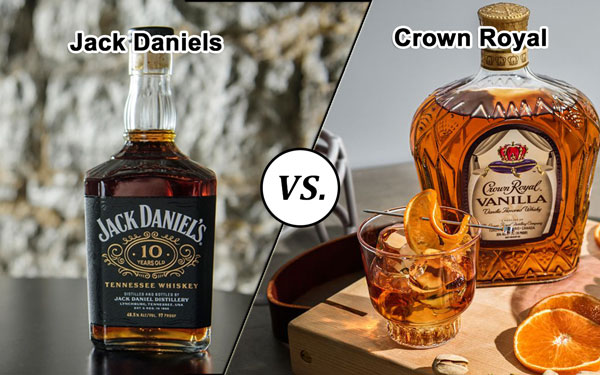 Both Jack Daniel’s and Crown Royal are popular whiskey brands. Deciding on which is the best between the two depends on a person’s preference.

Jack Daniel’s vs. Crown Royal Price: Which is More Expensive?

Jack Daniel’s vs. Crown Royal: What Are They Made From?

The main ingredient for Crown Royal is also the same. The difference is in the proportion used in the mixture. It is composed of 4% malted barley, 32% rye, and 64% corn. As for its production, it is manufactured in Gimli, Manitoba.

In contrast, Crown Royal has a distinct slight sherried sweetness with caramel, brown sugar, and vanilla traces. It also has an oak-like flavor profile and a hint of spiciness from the rye. 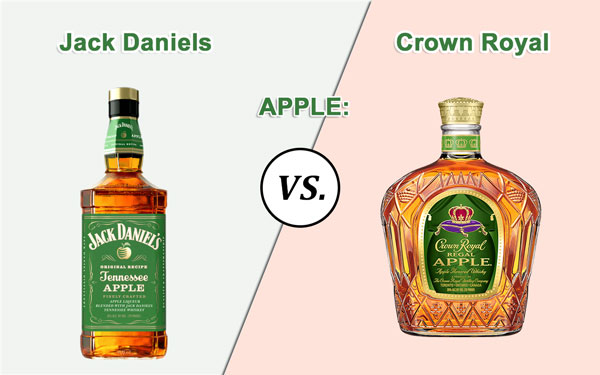 Jack Daniel’s Apple Whiskey can be overwhelmingly sweet. On the other hand, Crown Royal apple has a very prominent apple flavor. 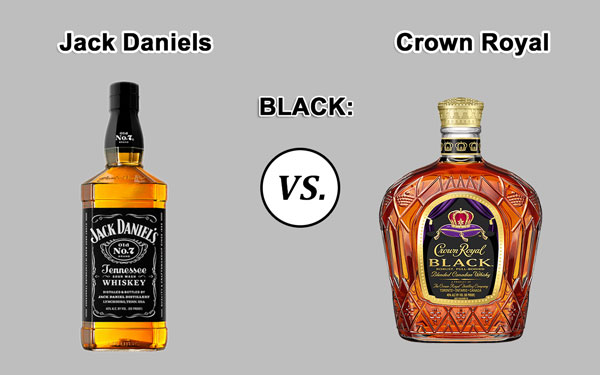 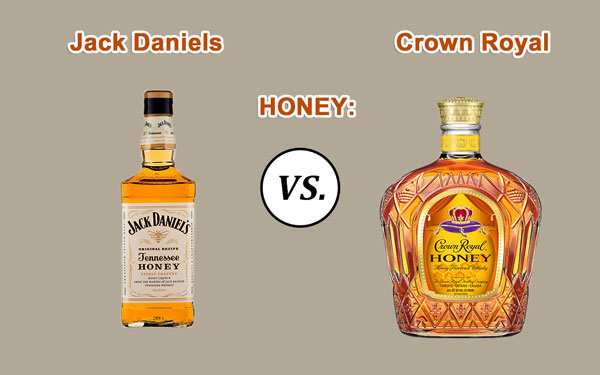 Jack Daniel’s Honey Whiskey is sweet but not sticky. It also has a good balance of sweetness and spice flavors. In contrast, Crown Royal Honey has a subtle taste of honey that goes well with its distinct sweetness.

Jack Daniel’s vs. Crown Royal: Which is Better? 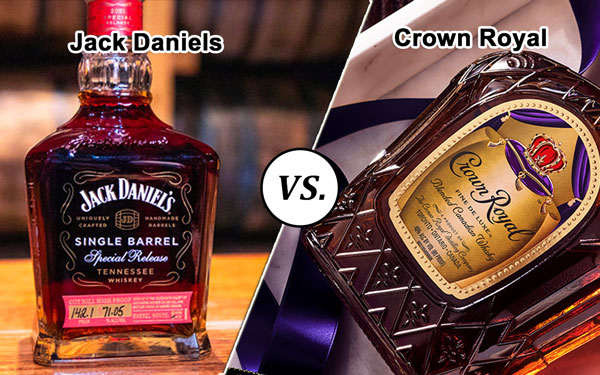 If you like whiskeys with stronger flavor and bolder taste, then Jack Daniels is the better option for you. However, if you prefer a whiskey that goes well with other drinks, then Crown Royal is the better choice.

Jack Daniel’s has a smoother and mellower flavor than Jim Beam. It also tastes less alcoholic. Meanwhile, Jim Beam has a stronger alcohol taste, but it’s fruitier. Compared to these two alcoholic drinks, Crown Royal is more subtle, making it ideal for cocktails.

Jack Daniel’s and Crown Royal are both excellent brands of whiskey. They are in the same price range and have the same ingredients. It’s just that their proportions are very different.

Which one do you prefer between these two whiskey brands? Let us know in the comments!