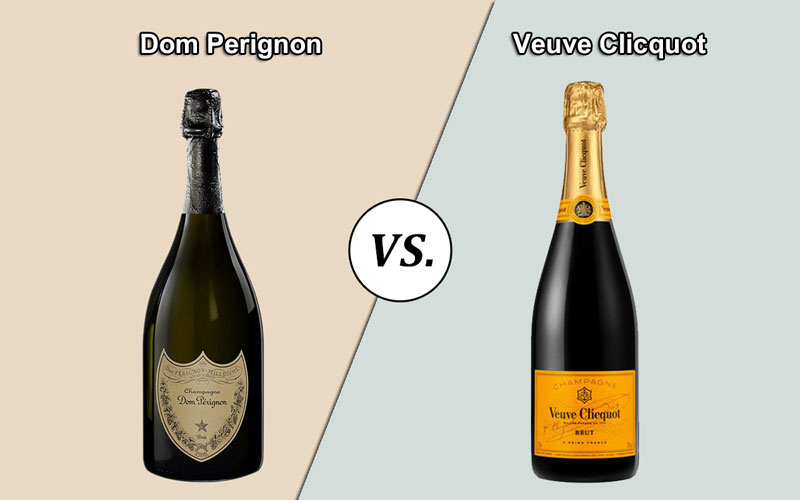 You’ve probably heard of Dom Perignon or Veuve Clicquot champagne before. They’re both similarly good champagne choices but their main difference lies in their taste.

Dom Perignon is mostly known for the fresh acidity and minerality in its taste. Meanwhile, the Veuve Clicquot is revered more for its vibrant apple, citrus and grape flavors all mixing together.

Of course, the two champagne choices also have other characteristics that make them different from each other. Let’s take a closer look at them. 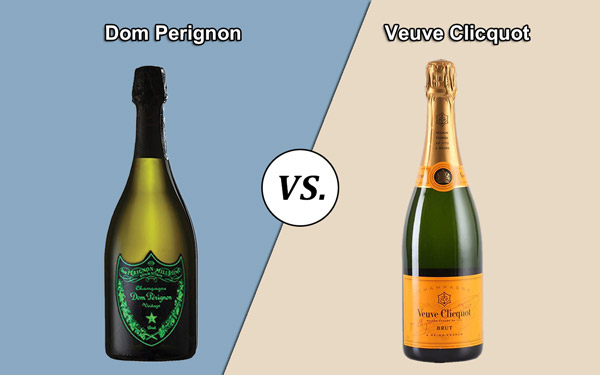 The Veuve Clicquot champagne is distilled at the Veuve Cliquot Ponsardin distillery in France. Have you ever wondered where the champagne got its name from?

The story behind it is that the wine was first created by the First Lady of Champagne-making: Barbe-Nicole Ponsardin. A tragic event caused her to be widowed at the age of 27.

Instead of letting the tragedy bring her down, she devoted her energy to what we now know as Veuve Cliquot. The name of the champagne means ‘widow Cliquot’ in French, as a way of honoring the heroine of the Veuve Clicquot.

On the other hand, the Dom Perignon champagne was named after Dom Pierre Pérignon. Pérignon was a French Benedictine monk who became famous for the many important contributions he made that greatly improved the production and quality of champagne.

The Abbey that he worked at, as well as its vineyards, was purchased by the Moët & Chandon company in 1743. But it wasn’t until the New Year’s Eve of 1936 when they finally released the first batch of wine they had bottled in 1921.

This wine is what we now know as the Dom Perignon.

The Veuve Cliquot is done through a process called riddling. After it has gone through the previous stages such as the pressing, fermentation, blending, and maturing stages, the bottles are turned upside down and twisted, letting the yeast gather at the neck of the bottle.

A riddling rack is usually used by modern champagne makers to hold the bottles at such an angle to get rid of their year sediments. The main ingredient is the grapes, but they can be blended with other fruits to give them flavor.

They are then blended into white base wines before, eventually, being bottled for secondary fermentation. It is usually made with an equal amount of red (Pinot Noir) and white (Chardonnay) grapes.

The price of a bottle of Veuve Clicquot depends on the type of bottle you want to purchase. A 750ml bottle is more budget-friendly with a price of $50.

Meanwhile, the vintage Veuve Clicquot can be a bit more expensive depending on how old they are, ranging from $70 to a whopping $40,000.

The Dom Perignon costs a bit more than the Veuve Clicquot with its prices starting at $185. It grows exponentially the older the champagne is.

Dom Perignon vs. Veuve Clicquot: Which is Better? 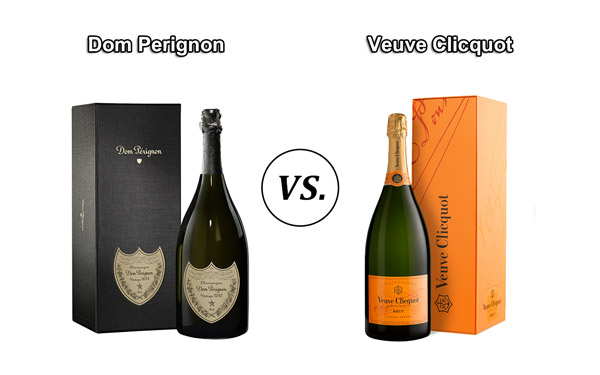 The Dom Perignon is definitely more suited to impressing crowds at weddings or other special functions. It’s not exactly rare but because of its price, you rarely see people consuming it so it’s still branded as a luxury champagne that’s one to get.

Both Dom Perignon and Veuve Clicquot have their own advantages. They have their own distinct characteristics that make them noteworthy to different people.

At the end of the day, it’d still be up to what you prefer.