Vodka is a very popular spirit worldwide. The main ingredient of it is either from potato or grain hence why there’s potato vodka and grain vodka. Although both variants are types of Vodka, they have several differences, especially in their taste.

Grain vodkas are excellent choices for cocktail drinks because it does not contain a distinctive taste. This means that it can blend well with other liquors and create a whole new flavor for your cocktail. Some of the popular examples of grain vodka are Ketel One, Stolichnaya, Smirnoff, and Grey Goose.

Meanwhile, potato vodka has a more distinctive taste. This makes it an excellent option if you want a vodka with more character on its own. Chopin Vodka, Karlsson’s Gold Vodka, and Luksusowa Vodka are some popular brands of potato vodka. 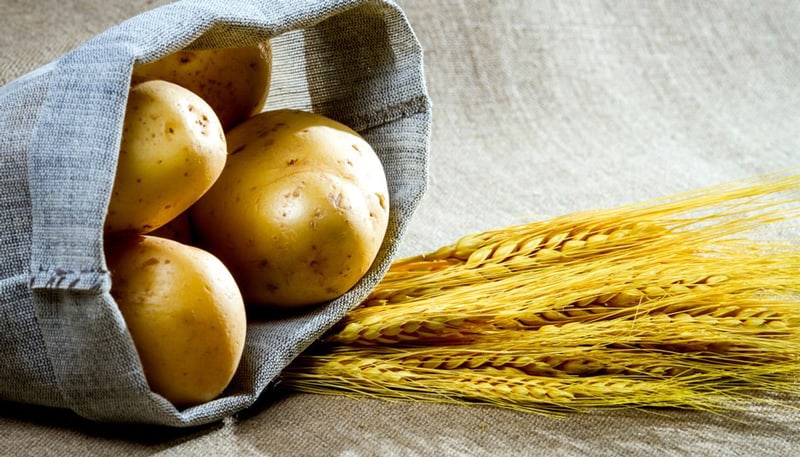 Vodka was primarily made from grain, when you look at its rich history. However, during the late 18th century in Sweden, people started producing Vodka from potatoes. Later on, it has become the primary ingredient in Vodka making, starting from the early 19th century.

The reason why potato became the primary ingredient of Vodka was that it was a cheaper raw material compared to grain. However, today, Vodka made from potatoes is more labor-intensive and expensive than those made from grain.

Grain vodka does not have a distinctive taste. This is the reason why it’s a popular option for those who want to make a Vodka based cocktail.

On the other hand, Potato vodka has a distinct heavier flavor profile. It also tends to have a natural hint of sweetness from the potatoes.

Vodka is an alcoholic beverage that does not generally have high sugar content. However, between potato vodka and grain vodka, grain vodka tends to have slightly higher sugar content. This is because grains naturally have more sugar than potatoes that are mostly water.

The price difference between potato vodka and grain vodka depends on the brand that manufactures it. To give you a better idea of how much it costs, here’s a price guide for you:

The biggest difference between potato vodka and grain vodka is their taste. The grain vodka tends to be tasteless, while potato vodka has a full-bodied flavor profile. Other than that, they slightly differ in terms of sugar content but not too much.

Are you a fan of Vodka? Which one do you prefer; potato vodka or grain vodka? Let us know what you think by leaving a comment below!