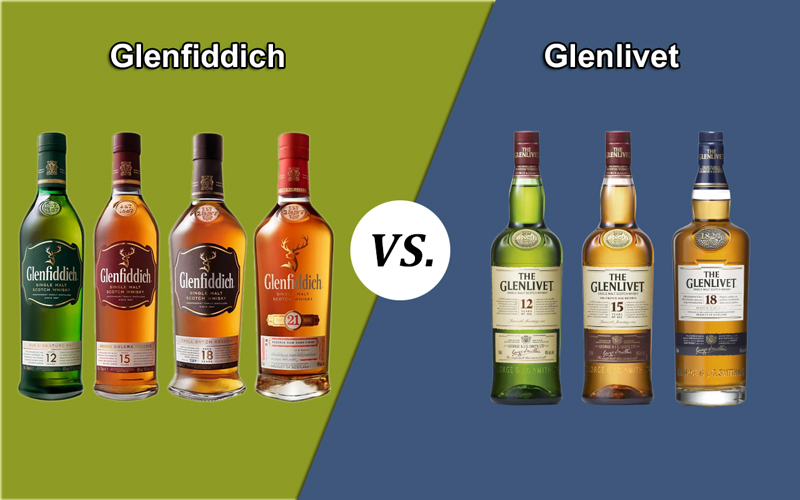 As a variant of whisky, Scotch whisky, or simply known as “scotch,” also has numerous types, such as single-grain and blended-malt scotch. However, in Scotland’s Speyside region, single-malt Scotch whiskies are what’s most dominant.

In fact, two of the world’s best-selling Scotch whiskies from Speyside are both single-malts – Glenlivet and Glenfiddich. While the two brands share similar names and were both founded in the 19th century, they are not to be mistaken with each other.

One of their primary differences is that while Glenlivet is much older than Glenfiddich, the latter uses more traditional methods for making their scotch. Meanwhile, the former uses newer and more modern methods for producing their well-renowned scotch.

Another difference between the two is that Glenfiddich products tend to cost more than Glenlivet. In terms of flavor profiles, Glenlivet features a strong sweet taste, whereas Glenfiddich offers a softer and lighter taste.

Because of this, even though both contain similar alcohol percentages, you’ll notice it less with Glenfiddich’s products than Glenlivet’s.

Of course, they have other differences as well, which will be further discussed below. 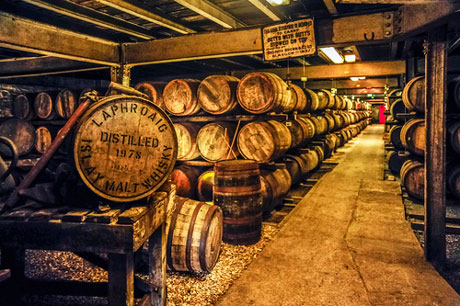 Both brands’ distilleries are located in Scotland’s Speyside region, which is world-renowned for being home to some of the most famous Scotch whisky brands globally. While they were both established in the 19th century, Glenlivet’s distillery is around 60 years older than Glenfiddich.

The former was founded in 1824, while the latter was only founded in 1886. Of course, both distilleries found success and became two of the most popular brands for single-malt scotch worldwide. 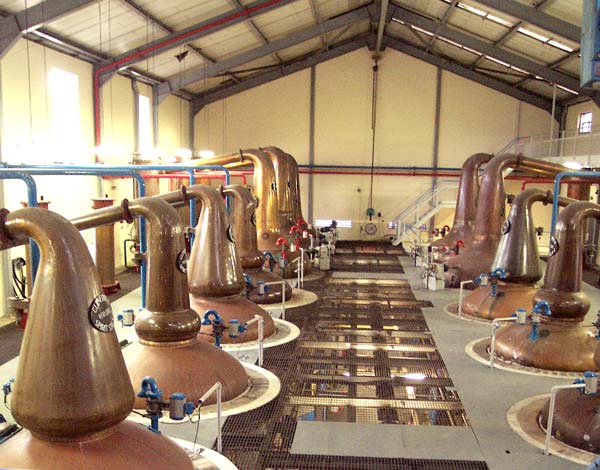 Although Glenfiddich was founded later than Glenlivet, they use more traditional methods than the latter. This is because they prefer making their scotch with an in-house Stillman who manually cuts the spirit and tends to the casks wherein the scotch is aged.

On the other hand, Glenlivet prefers a more modern approach, using machines to streamline the process. Aside from this, Glenlivet uses lantern-shaped stills for distilling their scotch, while Glenfiddich opts for stills with various shapes.

The still shape and size differences allow both brands to develop unique flavors for their Scotch whiskies, making each one distinct from the other. 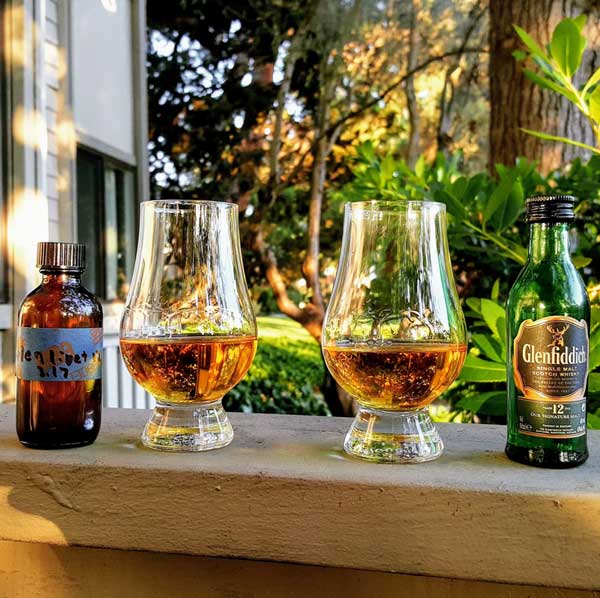 Speyside whiskies are well-known for leaning towards a fruitier and lighter taste, and both brands are no exceptions. However, they are still distinct from each other, especially regarding how strong the flavors are.

Glenlivet’s products are known to possess a fuller and richer taste than Glenfiddich, which is described as being lighter and fruitier. In addition, Glenfiddich features a creamier and woodsier flavor with subtle hints of fruit like pear.

In contrast, Glenlivet leans more towards a nuttier and vanilla flavor, with hints of fruits like orange and apple. Because of these slight differences, Glenfiddich is considered smoother and lighter, which makes the alcohol less noticeable than Glenlivet products.

Both scotch brands feature similar alcohol percentages, but Glenlivet has products with a higher ABV (alcohol by volume), such as their Nadurra Peated Scotch whisky. This contains an ABV of 61.5%, which is higher than the 55.2% ABV of Glenfiddich’s Anniversary Vintage 1987.

However, their regular Scotch whiskies often contain similar alcohol percentages, around the 40% to 43% ABV range. 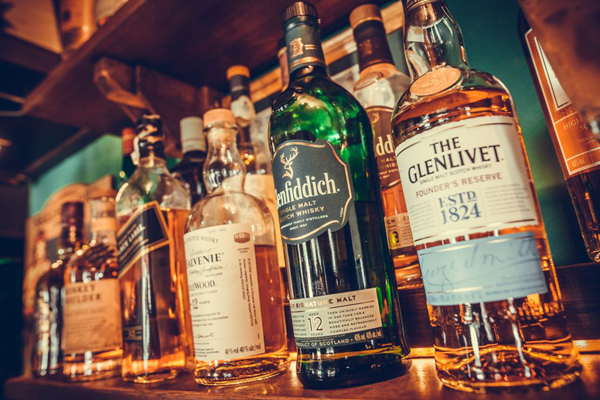 In terms of price, Glenfiddich products tend to cost more than Glenlivet’s, although they’re still in a similar price range.

For example, a 12-year old bottle of Glenlivet’s single-malt scotch will only cost around 45 to 54 USD. On the other hand, a 50-year bottle of their scotch will cost approximately 25,000 USD.

Which Is Better: Glenfiddich or Glenlivet? 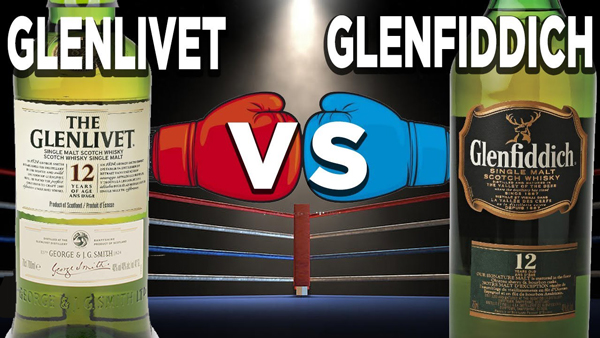 In terms of which scotch brand is better, Glenlivet or Glenfiddich, it really depends on your preference. Both Scotch whisky brands have distinct characteristics, as well as advantages and disadvantages.

For example, Glenlivet offers a much richer and stronger taste and flavor than Glenfiddich. However, it retains the defining Speyside characteristic of being sweeter and fruitier than other scotch brands.

Meanwhile, Glenfiddich offers a lighter and softer taste than Glenlivet, making it smoother and easier to drink. Additionally, its creamy and woodsy taste also helps mask the presence of alcohol so that you won’t notice it as much, compared to Glenlivet’s products.

However, Glenfiddich products tend to cost more than Glenlivet’s, so the latter is a more cost-effective choice if you have a tight budget.

Overall, both Scotch whiskies are excellent choices if you’re looking for top-notch Speyside single-malts. While Glenfiddich tends to cost more than Glenlivet, it offers more variants and features a lighter and smoother taste.

Meanwhile, Glenlivet products tend to be more affordable due to their lower price, especially their older variants. So if you prefer something light and easy to drink, Glenfiddich is your best bet. However, if you want something richer and stronger, Glenlivet is the ideal choice.

If you’re still unsure which one is better suited for you, why not try both and see what each one has to offer?