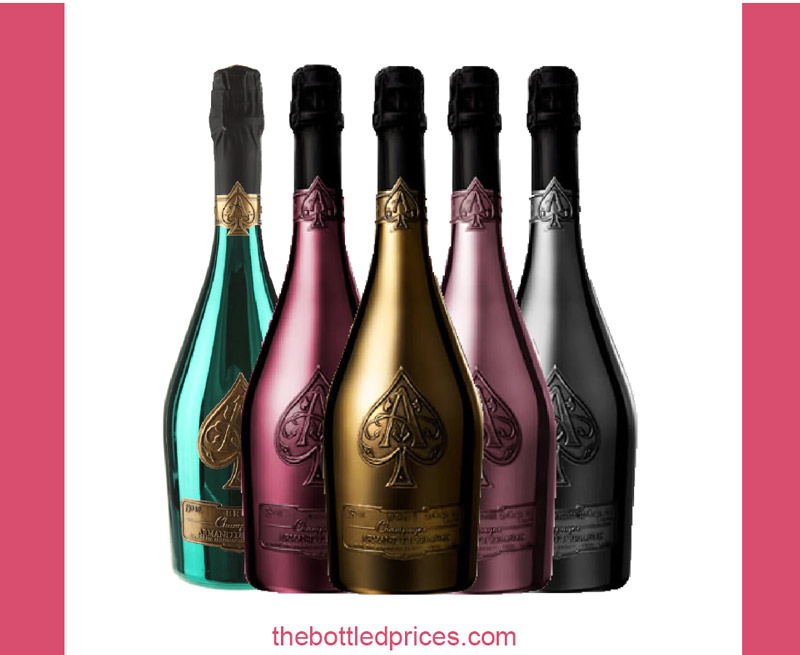 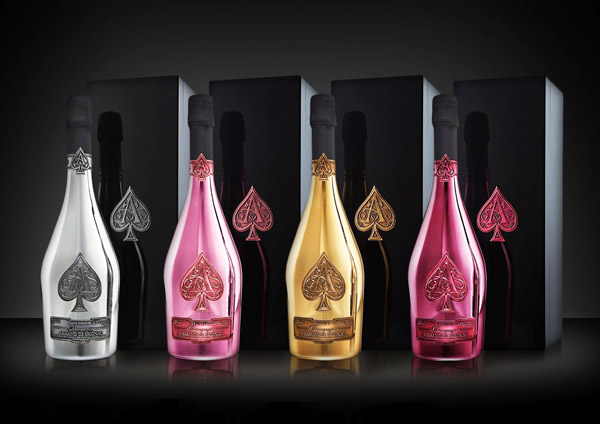 What Is Ace of Spades Champagne?

You may not be familiar with Ace of Spades Champagne but surely, champagne aficionados and socialites have heard of this luxurious brand. Armand de Brignac, also known as Ace of Spades is an expensive French champagne brand that is recognized not only for its quality but also for its stunning metallic bottles and pewter labels that feature their ultimate symbol, the ace of spades.

Champagne Armand de Brignac has an alcohol by volume of 12%. It is basically made of Pinot Noir, Pinot Meunier, Chardonnay and a little bit of sugar depending on the champagne blend.

Armand de Brignac was first produced in France by 12th and 13th generation wine growers Jean-Jacques Cattier and his son, Alexandre. In the hopes of providing the best champagne in their region, the father-and-son tandem has decided to create their own brand with their 250-year experience in growing vines.

After dormant years, famous rapper Jay-Z and his company took full ownership of the brand starting 2014.

How Is Ace of Spades Made?

Ace of Spades is proudly made exclusively by a group of 18 highly skilled wine makers. Each step of the process is carefully processed, especially by hand, from fruit picking to pressing until all the bottles leave the cellars. 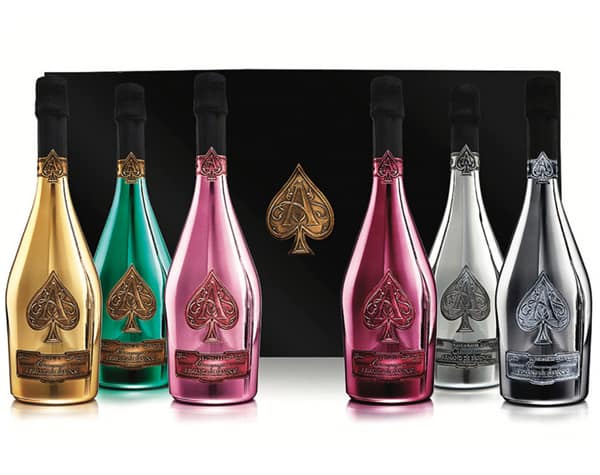 Armand de Brignac is one of the most expensive champagne bottles that you could ever know if you have been searching for a good quality drink to toast with. The Ace of Spades Champagne availability is limited to 2,333 bottles that costs $850 per piece. To taste a pop of prestige, you need to pay for its price. You can buy a bottle of Ace of Spades champagne at selected retail stores for an expensive average price of $300.

Why Is Ace of Spades So Expensive?

Compared with other brands, Ace of Spades price may be prohibitive to some people because it is a bit on the expensive side. Apparently, it might be affected by the following factors:

Of all the Ace of Spade variants, Armand de Brignac Ace of Spades Gold Brut is the most expensive, with a price of $300.

There are two available sizes for the Gold Brut, which costs $299.99 for the 750mL and $699.97 for the 1.5L. As its name suggests, Ace of Spades Gold Brut comes in a gold metallic bottle that has a handmade pewter label on it.

Armand de Brignac Brut Rose, also known as Ace of Spades Champagne Pink Bottle, costs $449.99 for the 750mL size. It comes in a pink metallic bottle with the handmade label.

Ace of Spades Champagne is a prestigious brand when it comes to champagnes. While it is one of the brands that offer the best and finest champagnes in the industry, it is also the most expensive.

Ace of Spades champagne comes in different flavours and bottle designs. Each type is perfectly blended for dinners and lunches. There are only limited bottles available for sale so that only first buyers can indulge with their superb drink.