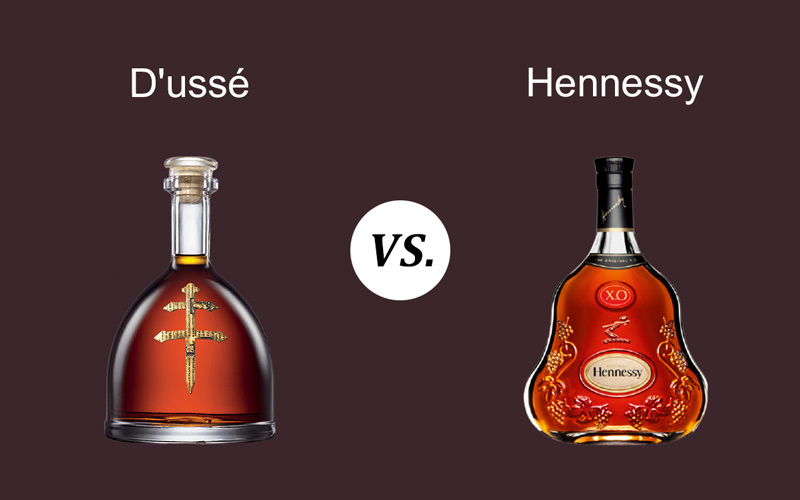 Both D’ussé and Hennessy are Cognacs. However, D’ussé comes from Château de Cognac while Hennessy comes from the house of the famous Hennessy brand. D’ussé is a new brand, started in 2012 which is the contrary to Henessy that has a rich historical past.

In addition, D’ussé comes in two variations: VSOP and XO. But, Hennessy comes in a wide variety of variations, including VSOP and XO. When it comes to prices, D’ussé and Hennessy are both in the higher price bracket. Though, D’ussé is priced slightly higher than Hennessy. 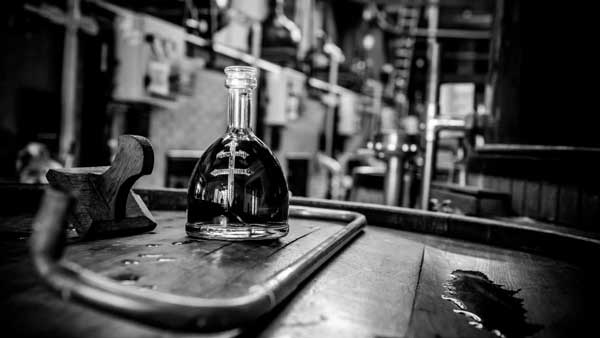 D’ussé was created by Michel Casavecchia in 2012 and comes from the Château de Cognac. Château de Cognac is one of the oldest Cognac producers in France. It has been producing Cognac for over 200 years—fun fact: D’ussé is the favorite Cognac of Jay Z.

On the other hand, Hennessy Cognac was founded in 1765 by Richard Hennessy, an Irishman who had served in the army of Louis XV. 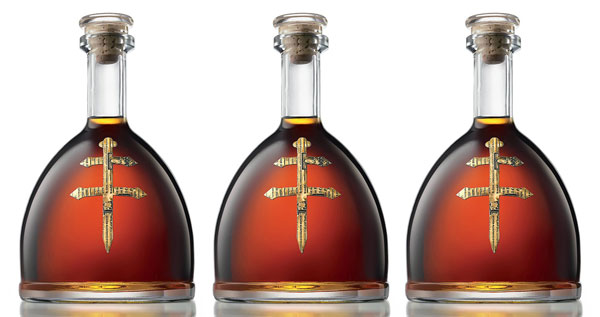 D’ussé VSOP is aged naturally for over four and a half years. It is a blend of the finest Eaux de vie. It has a medium-amber, shiny copper color. It has a powerful bouquet with a powerful wood note and layers of floral and cinnamon tones.

It has a distinctively smooth taste with hints of spices and almonds and undertones of dried fruits and honey. It comes in a distinctive bell-shaped bottle embellished with the Cross of Lorraine, a French symbol symbolizing honor, courage, and perseverance. 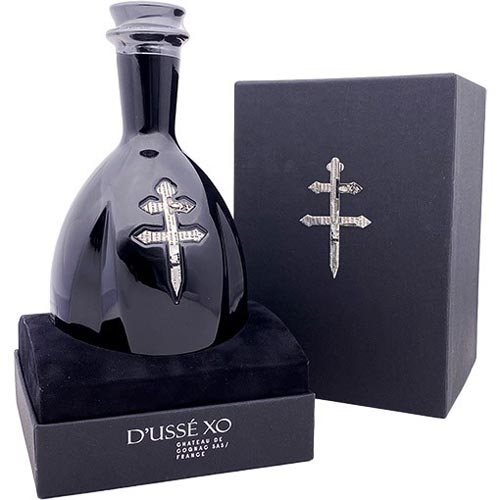 D’ussé XO comes in a distinctive black bottle with the Cross of Lorraine. It is a rare blend of some of the finest Eaux de vie from the Chateau de Cognac and is aged for a minimum of ten years. It has a deep amber or mahogany color. The bouquet has notes of leather, oak, tobacco, and fruit like apple and apricot. It has a smooth flavor rich with apricot notes and blackberries and hints of dark chocolate and walnut. It is best enjoyed neat.

Since we are comparing D’ussé and Hennessy, we will just talk about the Hennessy VSOP and Hennessy XO variants. 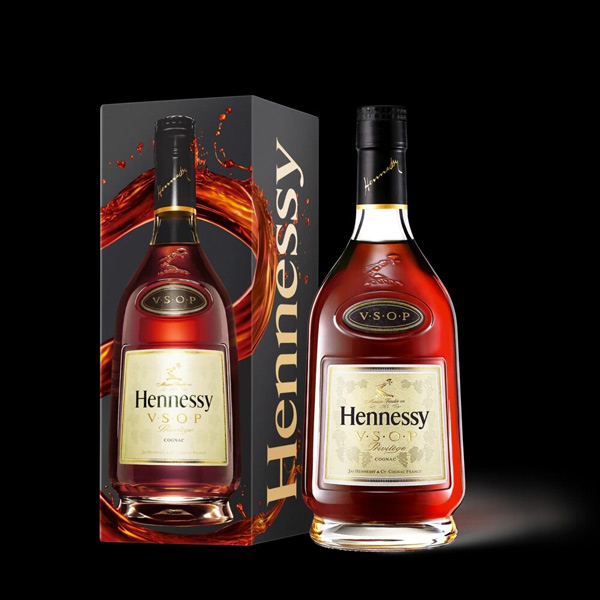 Hennessy Privilege VSOP comes in a 750 ml bottle. It is a blend of over 60 Eaux de vie and is aged for at least four years in French oak. It has a medium-dark copper color. The bouquet has notes of spices like cinnamon and clove and fruits like apples and apricots. The flavor has notes of oak and vanilla with hints of fruit and candied fruit, honey, and spices like clove and cinnamon. 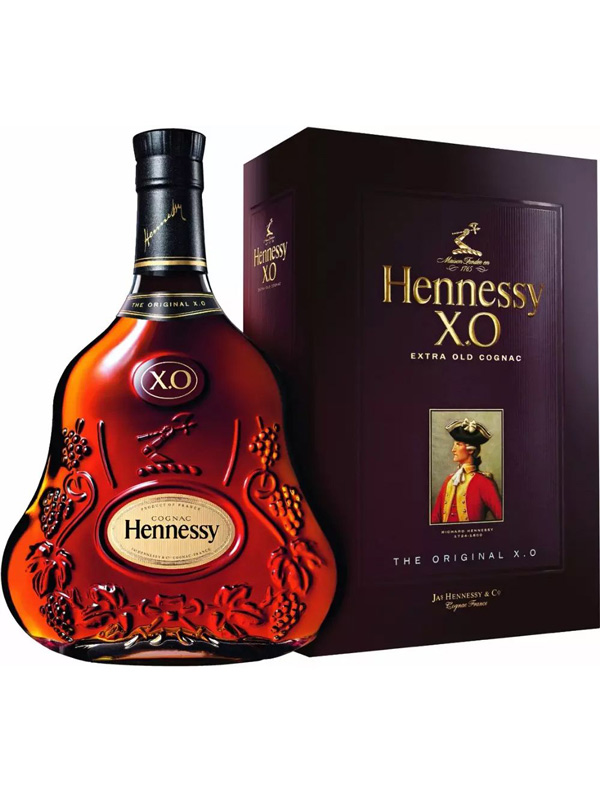 Hennessy XO comes in a 750 ml bottle with a distinctive flat pear shape. It is a blend of over 100 eaux de vie. It has a deep, dark, amber color. The bouquet has notes of dried and candied fruits with hints of black pepper and cinnamon spice. The flavor has notes of orange, black pepper, oaky leather, and cocoa with an after-taste of vanilla, pepper, cinnamon, and oak. 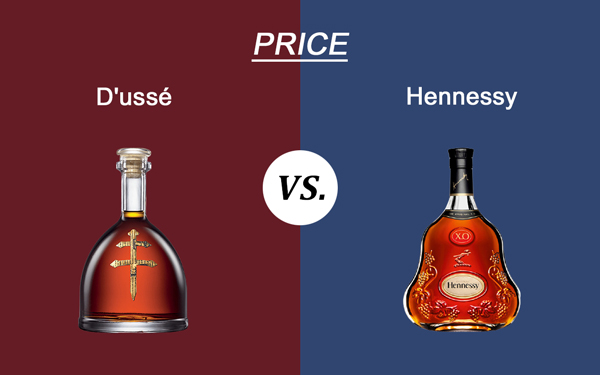 D’ussé vs. Hennessy: A Quick Comparison