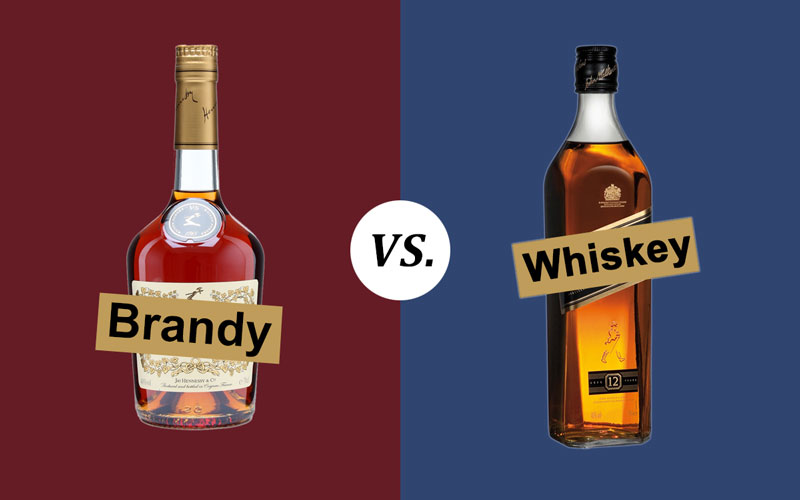 Brandy and whiskey look similar, especially for non-drinkers. However, they are totally different from each other.

If you are interested to know more about the difference between these two beverages, continue reading below.

Understanding the Differences Between Brandy and Whiskey

Aside from their ingredients, another difference between these two spirits is the length of their aging process.

Whiskey is often sold after being aged in barrels for around 5 to 20 years. The more aging the whiskey undergoes, the more expensive it tends to be. In fact, some whiskeys are aged 50 years before being sold in the market. 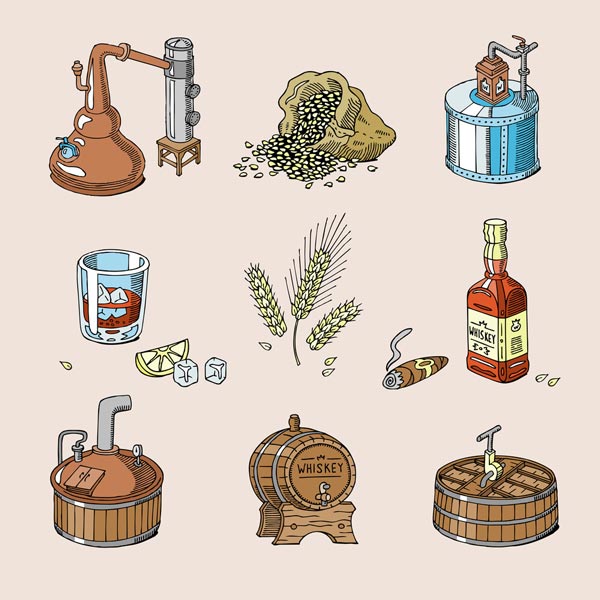 Brandy is made by using fermented fruit, usually grapes. A good way to describe brandy is that it’s made from distilling wine.

In some countries, if a brandy is made using fruits other than grapes, it should be labeled as fruit brandy or fruit spirit with the name of the fruit used in the bottle. Some add caramel to add more color and flavor. The further it is aged, the richer the color will be. It is typically aged and blended in oak barrels.

On the other hand, whiskey is made from fermented grain such as wheat, barley, malted barley, corn, rye, and malted rye.

They are distilled in charred oak barrels. This process gives them their distinct amber color. Take note that they do not mature in bottles. 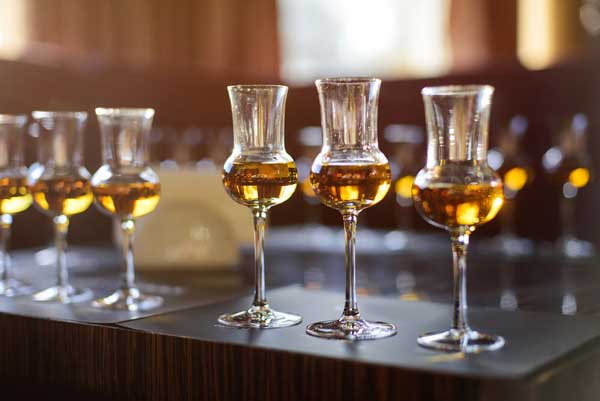 Since whiskey is popular worldwide, the taste will vary per country. However, they usually share a common trait: it tastes grainy with a hint of spice and woody notes. It has a distinct earthy and smoky flavor compared to brandy. To add to that, whiskey gives a burning sensation when drunk.

Brandy, on the other hand, is sweeter and tastes fruity with a hint of woody notes. Some brandies are infused with spices such as vanilla. Some also add a sweet, nutty flavor to the mix. Overall, it’s mellow and subtler compared to whiskey.

Brandy is often used in cocktails due to its sweet flavor. It tastes great alone, and it also tastes great when mixed with other drinks. 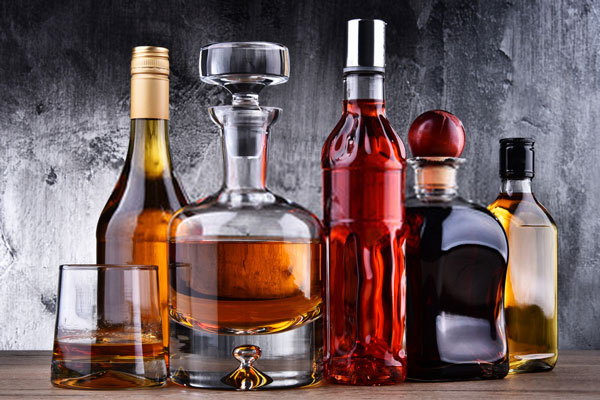 Brandy is generally consumed at room temperature. They are popularly mixed in cocktails. They are considered to be after-dinner drinks. If they are consumed neat, they are usually served in a wine glass, tulip glass, or in a snifter so the aroma can be enjoyed.

As for whiskey, they can be enjoyed neat or diluted with a few drops of water to open up the different flavors. It can also be enjoyed with ice to lessen the burning sensation. They are usually served in a whiskey tumbler, also known as a lowball, old fashion glass, or rocks glass.

Brandy and whiskey may look similar, but they are very different. No matter what you prefer, both distilled drinks are loved all over the world. To make the most out of brandy and whiskey, just take a sip and appreciate their layers of flavor.