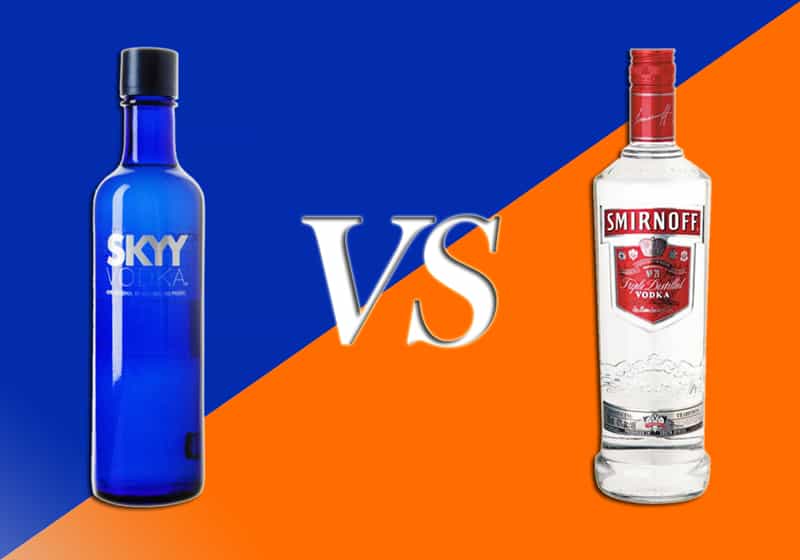 Are you a vodka enthusiast? If you are then, you might have heard and tried Skyy Vodka and Smirnoff already. These two are currently the most popular brands of vodka spirits in the market.

However, many people ask what the better brand between these two is and their major differences. If you are also wondering about the same things, then you are in luck. In this article, you will learn the major difference between Skyy Vodka and Smirnoff to make your own choice of which one is better. 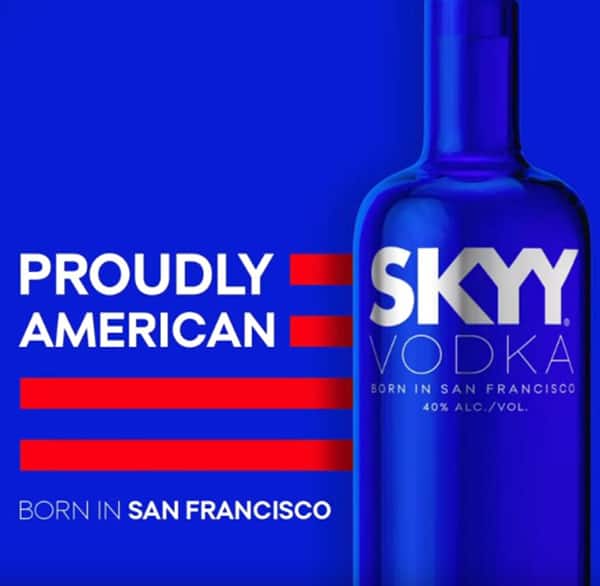 Skyy Vodka is an American vodka spirit brand that is produced by Campari America. This brand is 40% alcohol by volume. However, the ABV level of Skyy Vodka in New Zealand and Australia is 37.5%, while in South Africa, it is 43%.

The Skyy vodka is said to be congener free because of its distillation process. Congeners are other undesirable substances that are produced during fermentation. SInce Skyy vodka does not contain them, it is said to be cleaner and safer than others.

In 2008, Skyy Infusions was launched. This new line of vodka spirits from Skyy offers 17 new flavors made with fruits. 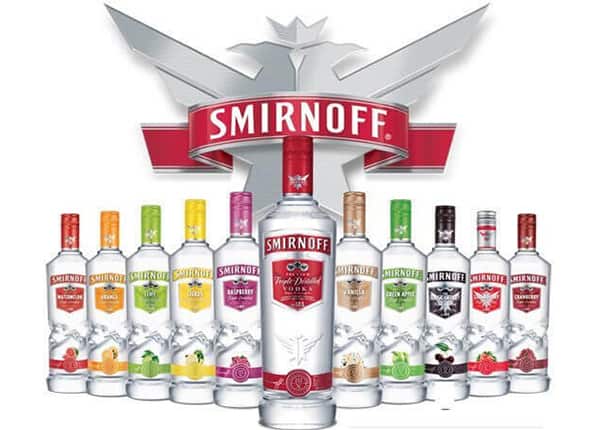 On the other hand, Smirnoff is a British brand of spirit vodka. It is owned by a multinational company named Diageo. However, it originated in a vodka distillery in Moscow prior to being acquired by its current owner.

Smirnoff vodka uses a traditional method of filtration, which was developed by Pyotr Arsenievich Smirnov. In terms of a variety of flavors, Smirnoff has plenty of fruit infused flavors ranging from citrus and berries. It also has flavors such as vanilla and marshmallow.

Now that you have a clearer background about Skyy Vodka and Smirnoff, you can easily identify their differences. Here are the different aspects that show the contrast between the two brands:

Both Skyy Vodka and Smirnoff focus their marketing campaigns for upscale party-goers. However, they differ in the approach that they take.

Skyy Vodka branding is very involved with social media. There is a direct line between the consumers and the company, allowing them to have a positive and reliable reputation.

Meanwhile, Smirnoff’s marketing is more involved in promoting their brand with celebrity endorsements to propel their reputations. Some of the celebrities they have worked with are Amber Rose and Madonna.

In terms of taste, Skyy Vodka has virtually no hints of bitterness. It is also described to be smooth thanks to its refined distillation process. Meanwhile, the taste of Smirnoff has notes of black pepper, citrus, grain, and vanilla.

When it comes to flavor selections, both brands have a wide range of flavors to choose from. Skyy Vodka has over 17 fruit flavors, while Smirnoff has over 15 different flavors.

Since Skyy Vodka is an American brand, it uses proofing to describe its alcohol by volume. When you put these brands side by side, Skyy vodka has 40% ABV or 80 proof, while Smirnoff is only 35% ABV or 70 proof.

The slight difference in the ABV or proof between the two brands means Skyy Vodka has a slightly higher alcohol percentage making it more potent.

So, with all the information mentioned, which one do you prefer? Are you team Skyy Vodka or Smirnoff? Nevertheless, regardless of what you choose, as long as it pleases and satisfies you, then that is the best choice.

2 thoughts on “Skyy Vodka vs. Smirnoff: What’s the Difference?”