Whiskey can be the most amazing of all spirits because of the seemingly limitless variety of tastes, textures and aromas that different variants impart.

To answer the question: Hypothetically, there is a variant out there that will taste exactly the way you want whiskey to taste.

Fortunately, we have here a little discussion with which you can help enlighten you. Will bourbon will suit your taste? Is rye’s spiciness the perfect taste to fill your palate?

Note the tips below to make your whiskey taste better. 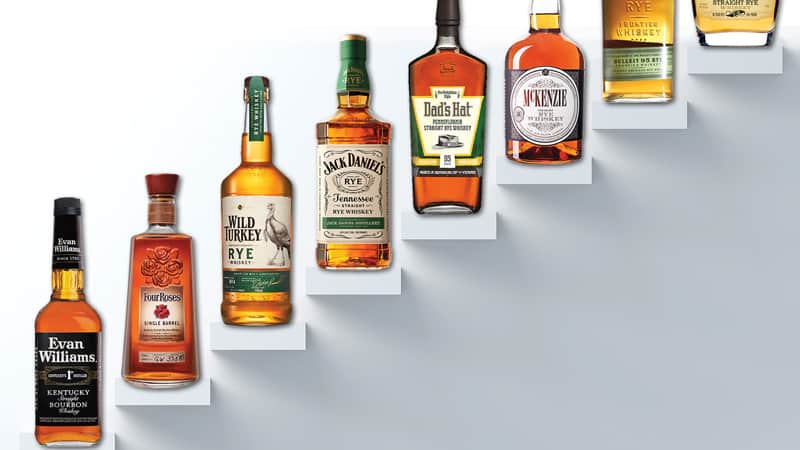 Rye whiskey is made from a mash of a minimum of 51% rye. The rest of the mixture consists of malted barley and corn.

Rye is known for its peppery taste, a spicy flash of taste that runs over the palate with each sip. With rye making up the majority of the mash, you are bound to pick up a touch of that signature sting.

When compared to bourbon, rye tends to have a more intense taste that develops on the palate. Bourbon uses corn mash that produces a sweet, full-bodied flavor.

Irish whiskeys are aged for at least three years and are served straight, on the rocks, or as cocktails. They have a distinct flavor profile that can be described as fruity and light with unmistakable cereal grain notes.

Scotch tastes a lot like bourbon, but with a trademark sting that drags along the back of the drinker’s throat.

Since scotch is generally malted barley, the most frequent taste is “malty”, which means the taste is sweet and nutty, similar to caramel and raisins. The aged variants usually taste fruity with flavors of citrus, berries, cherry or tart.

If production is done over a peat fire, scotch can taste “smoky”.

Usually, bourbon tastes pleasant and smooth, with strong notes of caramel, oak and vanilla. Its smooth notes make this beverage tasty when enjoyed on the rocks or neat. Drinks made with a higher amount of wheat tend to be softer and mellow.

If you are fond of Japanese whiskeys, you probably have tasted great brands such as Mizinura and Hibiki 17. Fruity and splashed with floral notes throughout, Japanese whiskeys come with different flavors including white chocolate, orange peel and honey.

Because of Japan’s temperate climate, whiskeys produced in the country tend to mature faster compared to scotch. This results in products that taste older and more refined than they actually are.

The taste depends on the base ingredient. Some are fruity and smooth (Irish and scotch whiskeys) while others are peppery and spicy (rye whiskeys). Bourbon whiskeys come with strong notes of vanilla, caramel and oak. Base ingredients include malt, rye, corn, wheat, etc.

For easy-drinking spirit. Flavors are creamy, buttery and sweet. With notes of toasted marshmallow derived from charred American oak barrels. The taste is sublime with caramel and honey tempered by chocolaty and spicy undertones.

Malt whiskey comes with an assortment of flavors – which is generally ascribed to the production using barley. With malt whiskey, the taste can be sweet and nutty with hints of toasts, coffee or fruits.

Wheat whiskeys are considered to be some of the smoothest whiskeys made. They come in flavors of toffee, spice, dried berries, vanilla and honey. Because of their subtle sweetness, wheat whiskeys can go down through the gullet softly and easily.

Blended whiskeys are ideal for people who prefer a smoother taste. This is in contrast to the single-malt variants where production uses only malted barley. With blended whiskeys, production also includes grains like corn, wheat and rye.

Many blends are made up of quality single malts that have their own distinct characteristics. These single malts are then mixed together to form a blended variant.

When you try out really good quality whiskeys, you should not be contented experiencing only the common flavors and textures mentioned above. Dig deeper because you will discover unique tastes such as cedar wood, leather, and even hints of old cardboard boxes.

These are strong flavors and aromas, but with every succeeding sip, you will be less overwhelmed by the effects of the vapor and become more cognizant of the floral, fruity and smoky flavors that will emerge.

There’s more to the spirit than just the taste. Of similar importance are the sensations brought by the alcohol on the skin cells of your tongue, lips and even your teeth.

How To Make Whiskey Taste Good?

Dilute your whiskey with a little water. In other words, don’t drink your whiskey neat. The reason behind adding water is the liquid makes the component in whiskey called guaiacol float around at the top of the glass. This enhances both the smell and taste.

There is also a good idea to add a teaspoon of maple syrup and a stick of charred oak to the bottle. Remove the oak a couple of days after, and it will then taste better.

If after applying the tips, and you still can’t stand the taste, perhaps you need to try spirits other than whiskey.

Here we have outlined the wonderful flavors and tastes of different types of whiskey. If you love a spicy flavor, go for rye. If you want something that comes with a fruity or a floral touch, you can try some of the Japanese brands, Irish whiskey, or a scotch.

There is a wide variation in flavors ranging from the clear, un-aged variants to the brown and tangy aged whiskeys of the Scottish Highlands.  Go out and try a few and see what happens.