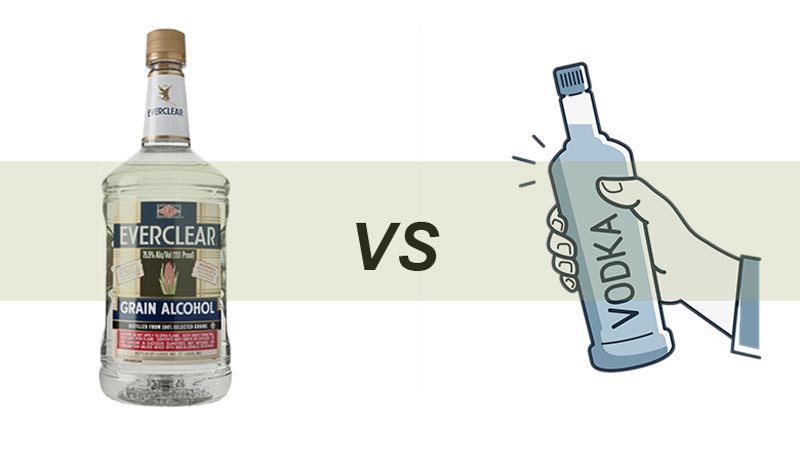 Even though Everclear and vodka are both produced from fermented grain spirits that are distilled, they are different. Vodka consists mainly of water and ethanol, while Everclear, in most cases, is almost pure ethanol.

Luxco, an American company, produces Everclear. They classify it as an “unfinished ingredient.” The sale of Everclear is banned in some US states. Some states do not permit selling 190 proof liquor; that is why Luxco came up with other variations.

It is pertinent to point out that Luxco also produces Golden Grain and Crystal Clear alcohol, which is essentially the same as Everclear, just different brand names.

Is Everclear a Vodka? 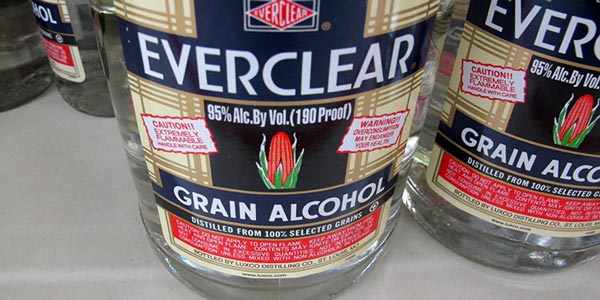 The clear and simple answer to this question is that Everclear is NOT a vodka. It may be produced using a similar process. However, the liquor producers do not want it positioned as vodka, or they would have called it so.

Another thing you need to consider is that vodka is produced by diluting the distilled grain liquor with water. Everclear does not do that in most cases.

No, Everclear is not vodka, though it is very similar.

Is Everclear Stronger Than Vodka?

Most definitely, Everclear is much stronger than vodka.

Can You Substitute Everclear for Vodka?

Not really. We suggest that you drink Everclear very carefully.

To substitute Everclear for vodka, you would have to know how to dilute it, which may not be easy. The best is not to try and replace vodka with Everclear. It could have catastrophic results.

What Percentage of Alcohol is Everclear?

Everclear is the purest form of ethanol at 95% ABV. This is as pure as ethanol can get.

Please note that Everclear is used as a food-grade cleaning agent. It is harsh alcohol. We cannot stress enough that you need to consume it very carefully after sufficient dilution.

Is it Safe to Drink Everclear Straight?

No, it is not safe to drink Everclear straight. It could damage soft tissues if you try to drink it straight. The manufacturers call it an “unfinished ingredient” that needs to be diluted before it is consumed.

Please understand that Everclear is used as a cleaning agent. So just imagine how harsh it can be on the soft tissues in your body. Please be very careful when drinking Everclear.

Do not try to drink it straight.

Everclear and vodka may be produced similarly, but they are not the same. Everclear is an “unfinished ingredient” that can be harmful to the body if you try and drink it straight. Vodka can be consumed straight as it is already diluted.

Also, you could use Everclear instead of vodka, but you would need to know how much water to add to dilute it. This could be dicey, so do not try it unless you are sure of what you are doing.