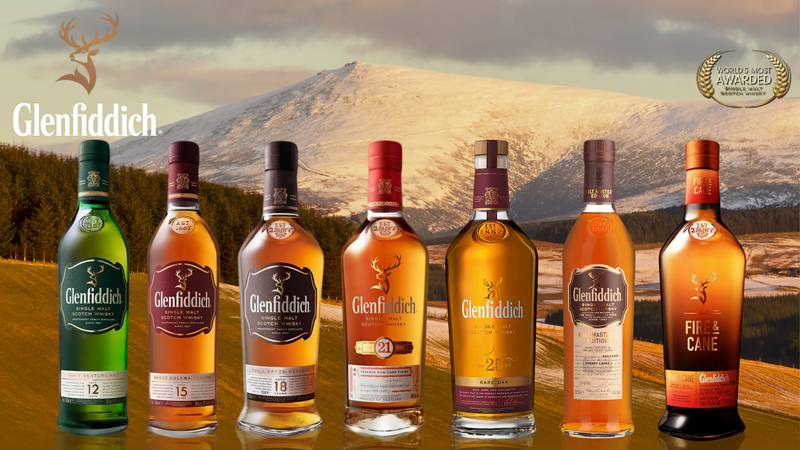 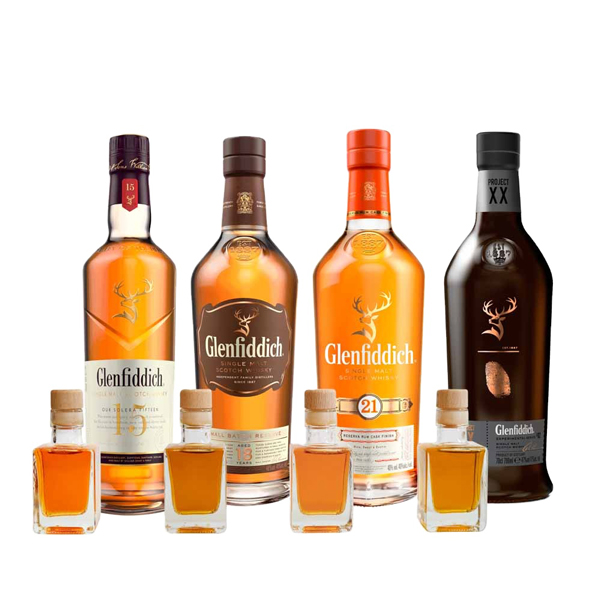 The word “Glenfiddich” translates to “valley of the deer” in the Scottish Gaelic language. This is the reason why the logo of this whisky is a stag.

The history of the Glenfiddich Whisky goes back to the summer of 1886 when a man named William Grant started his journey of producing the ‘best dram in the valley’ with his children. They had their first drops of the spirit on Christmas Day in 1887.

The legacy continued and the whisky business was passed on to the succeeding generations. Coppersmiths were eventually brought to the site and a cooperage was built. To this day, their onsite cooperage remains to be one of the very few that exists in distilleries.

The Glenfiddich Whisky is made with malted barley, water, and air. These three vital ingredients inspired Hans Schleger, a popular designer, to design the iconic triangular bottle.

Back then, consumers from different parts of the world typically bought blended whisky until they were introduced to the Scottish single malt. The Glenfiddich whisky was eventually promoted and sold outside Scotland.

Since then, the Glenfiddich whisky became synonymous with excellence. Its intense and complex flavors truly make it the ‘best dram in the valley’. Limited editions were also released, making consumers want it more. 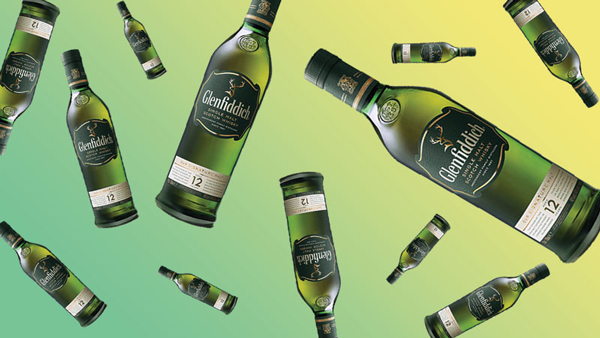 Consumers generally want to know the prices of beverages. They want to know how much their favorite bottles of whisky cost so that they can plan their budget accordingly.

At present, the average price of a 750 ml bottle of Glenfiddich Whisky ranges from $28 to $76, depending on how old it is and where it is sold. In general, the older it is, the more expensive its price is. 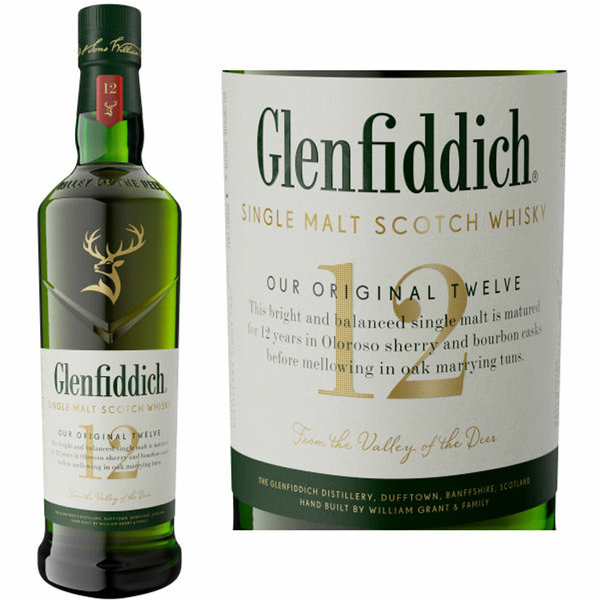 The Glenfiddich 12-Year-Old is matured in Spanish sherry oak and American bourbon casks. It has notes of pear, malt, cream, butterscotch, and oak as well as a mellow and smooth finish. 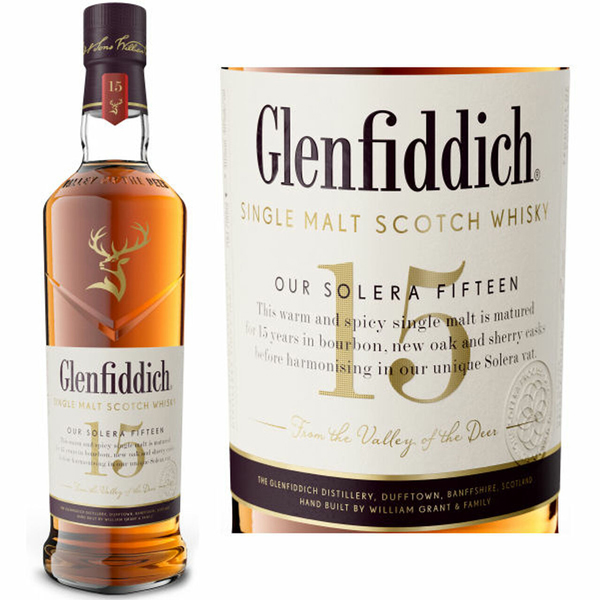 The Glenfiddich 15-Year-Old is matured in virgin oak, American bourbon, and Portuguese sherry casks as well as bottled at 40% ABV. It has notes of banana, honey, coffee, oak, apples, sherry, oranges, berry, white pepper, and milk chocolate. It also has a warm, fruity, and flowery finish. 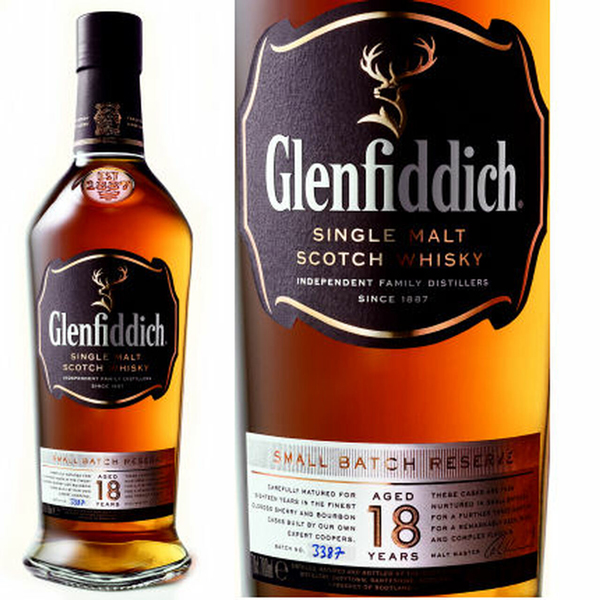 The Glenfiddich 18-Year-Old is matured in bourbon and Oloroso sherry casks as well as bottled at 43% ABV. It has notes of grapefruit, ginger, dried apricot, chocolate, wood, cinnamon, and baked toffee apples. 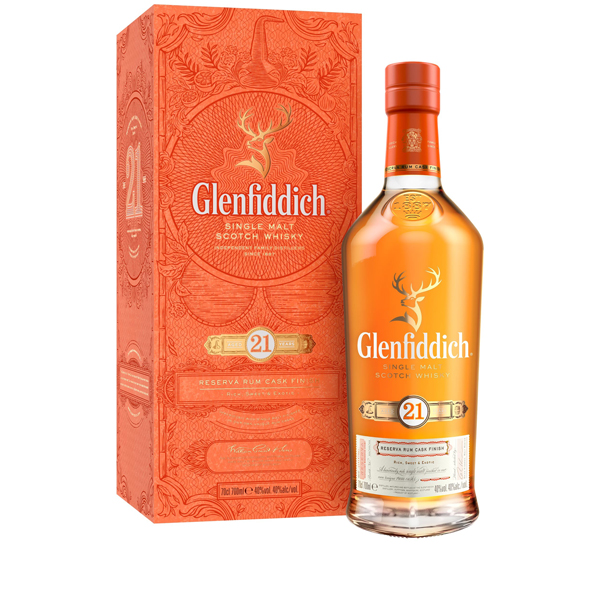 The Glenfiddich 21-Year-Old is finished in casks that were previously used to age Caribbean rum and bottled at 40% ABV. This is done for four months. It has notes of sweet toffee, vanilla, lime, banana, ginger, and fig. It also has a long, dry, warm, and spicy finish. 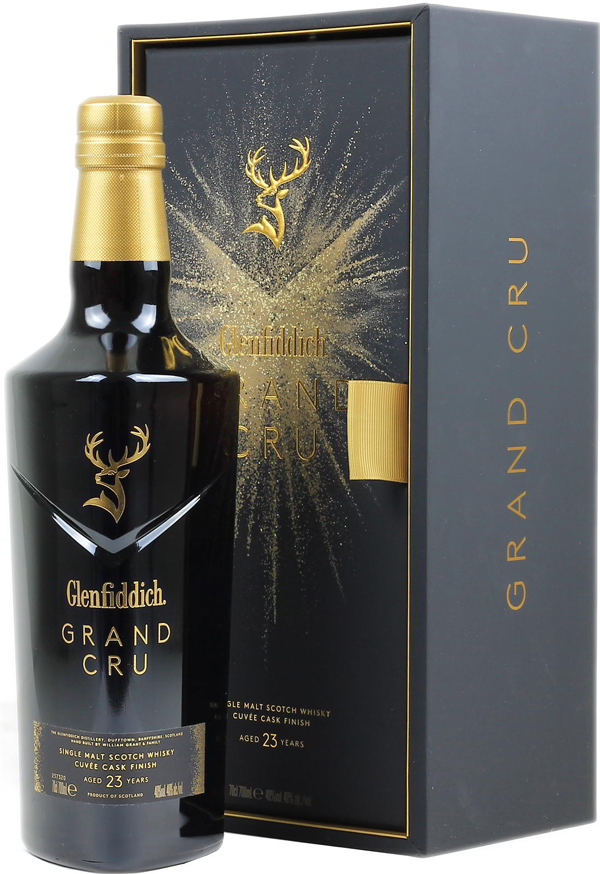 The Glenfiddich Grand Cru 23-Year-Old is matured in European and American oak casks as well as French cuvée oak casks at 40% ABV. It has notes of banana, brioche, vanilla blossom, cider, sugared almonds, lemon peel, sandalwood, mint, and peach. It also has a dry and flaky finish. 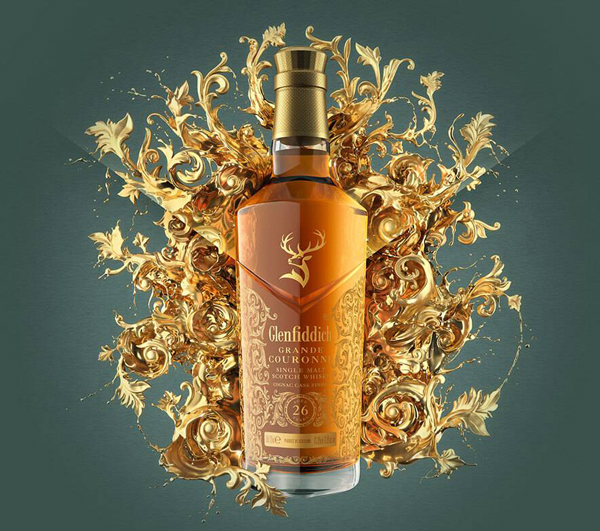 The Grande Couronne is matured for twenty-six years in European and American oak casks as well as French cognac casks. It has notes of buttery choux pastry, French patisserie, and freshly baked tarte tatin. It also has a sweet and long-lasting oak finish. 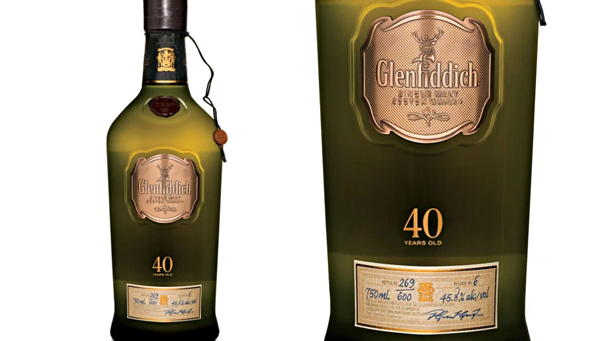 The Glenfiddich 40-Year-Old is married with whatever was left from the previous forty-year-old remnant vatting. It has notes of dark chocolate, dried fruits, black cherries, roasted coffee, dates, stewed apples, Christmas cake, and raisins. It also has a long and complex finish. 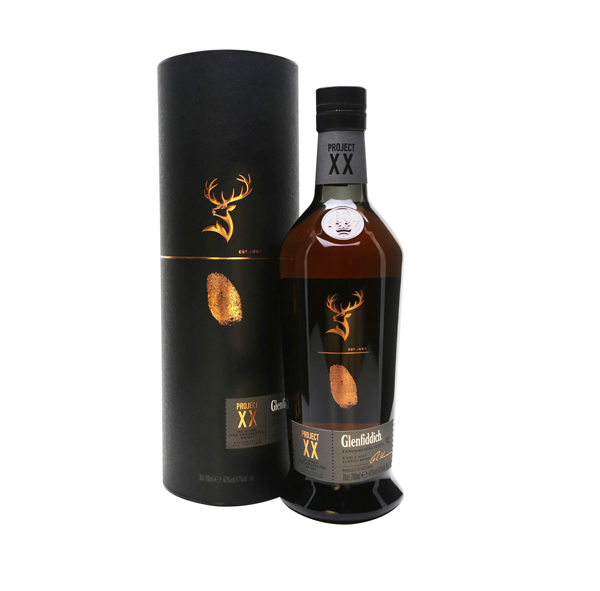 The Glenfiddich Project XX Bottling Note is part of the Project XX Experimental Series. It was crafted by twenty Malt Masters. It has a woody and spicy scent as well as notes of orange peels and toffee. It also has notes of cloves, vanilla, sweet fudge, and cinnamon. Its finish is layered and long, with some notes of dark chocolate and espresso. 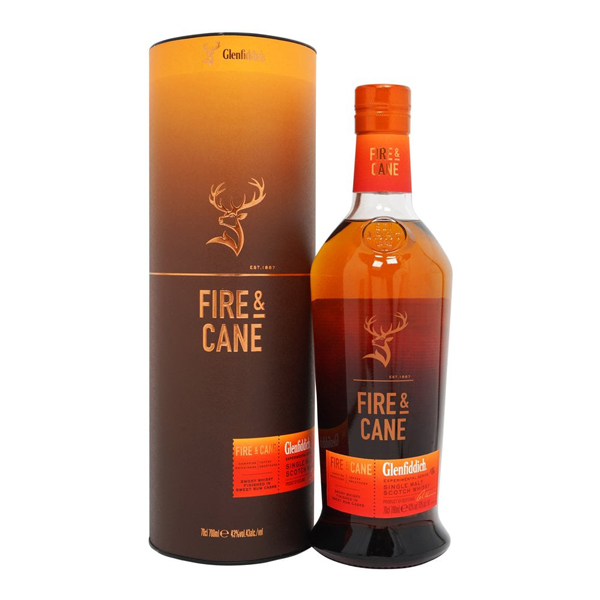 The Glenfiddich Fire & Cane is part of the Experimental Series. It has notes of oak, toffee, green fruit, and baked apple. It also has a sweet and smoky finish that lingers.

Prices Compared to Other Whisky Brands

Having been around for more than a century, Glenfiddich is indeed one of the best when it comes to single malt whisky. Nevertheless, there are also other brands that you might want to check out, especially if you are on a tight budget. A bottle of Glenfiddich typically costs about the same as other well-known brands.

Common Recipes: What to Mix with Glenfiddich Whisky

A popular recipe is called The Manhattan. 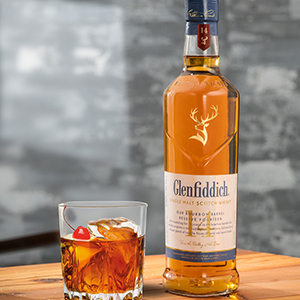 The Glenfiddich Whisky is undoubtedly very popular, especially for individuals who have just started drinking whisky. It is comparable to more expensive brands such as the Macallan but at a more affordable price. Indeed, this entry-level single malt is something to behold. So, if you want an excellent yet affordable whisky, you should consider the Glenfiddich.