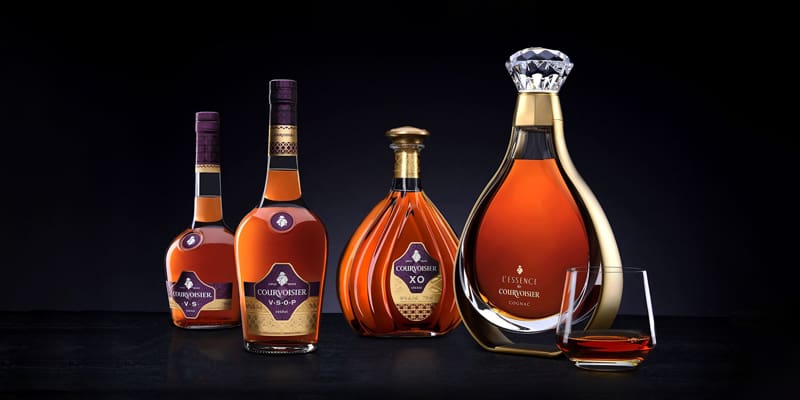 What Is Courvoisier Brandy?

Courvoisier Brandy has an alcohol content of 40% and 80 Proof. It has an elegant and sweet taste of cognac and it has strong flavours of fresh fruits and oak. Courvoisier is a mix of young and aged cognac, which gives it a fruity, flowery, and woody taste that is remarkably gratifying.

Courvoisier Brandy was established in Bercy, a neighbourhood in Paris when two gentlemen Emmanuel Courvoisier and Louis Gallois became cognac traders of the said region. It was then that they realized that in order to acquire the finest cognac in the area, they must be the producers themselves.

This paved the way for them to relocate in France and mark the history of Courvoisier brandy. Since then, the craft production of Courvoisier did not change even after 200 years have passed.

How Is Courvoisier Brandy Made?

Crafted from 200 year old oak trees, which are exclusively selected by the Master Blender, Courvoisier is proudly produced handmade – from harvesting to aging in the barrels.

The Courvoisier Cognac can only be produced from three grape types – Colombard, Folle Blanche, or Ugni Blanc grapes that are specially grown and harvested at the end of summer. The juices pressed by the skilled vine growers are fermented naturally for seven days to produce the perfect wine.

The wine is then distilled for 24 hours in the months of November to March only when the final product will be prepared for ageing. In their specially designed cellars, the precious eaux-de-vie will be aged in barrels handcrafted in oak trees in a minimum of two and a half years.

How Much Is A Bottle of Courvoisier?

Courvoisier brandy price depends on the variety and size of each bottle. But a regular 750 ml Courvoisier VSOP bottle has a price range of $35.99 – $39.99.

Prices Compared to Other Brandy Brands

Hennessy VS is also a French high end cognac brand that has a smooth texture and taste of oak and vanilla. Hennessy is slightly more expensive than other brandies in its class. It costs around $33.99 to $38.99 for a 750 ml bottle, while Courvoisier VS costs around $22.99 to $24.99 for a bottle of the same size.

Remy Martin V.S.O.P is a smooth brandy that has the tastes of liquorice, baking spices, dried fruit, and ginger. Hennessy is a bit expensive. It costs $58.99 for a 750 ml bottle, while Courvoisier V.S.O.P. costs $39.99 for a bottle of the same size.

Common Recipes: What to Mix with Courvoisier Brandy? 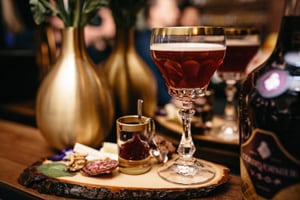 Courvoisier is a well-known brand of brandy in America and it is also one of the largest producers of Cognac in the world. It has the perfect balance of aroma and taste.

If you are looking for a fuller taste of brandy experience, Courvoisier is the right one for you. It is smooth and unique; you can mix it with almost all cocktails.